A musician of virtuosity, subtlety, and passion, guitarist Luiz Bonfá (1922-2001) ranks among the key architects of the bossa nova sound and the greatest masters of Brazilian popular of the 20th century. Though occasionally and unfortunately overlooked, Bonfá's contributions to the music of Brazil through his work as a composer, performer, and ambassador live on in the genuine joie de vivre of his songs and recordings. Recently re-released and updated by Smithsonian Folkways Recordings with nearly thirty minutes of never-before-available material, Solo in Rio 1959 (SFW 4048) captures Bonfá at his best and most unguarded, performing solo one night for legendary sound engineer Emory Cook. The recording reveals Bonfá's immense technical talent colored by a laid-back intimacy as he moves with effortless grace from his own compositions to Brazilian classics to off-the-cuff improvisations. All the while the warmth and tenderness of his melodies give the sense that one is experiencing a private concert among friends. Though recorded at the middle of his career, which spanned more than five decades, Solo in Rio 1959 in many ways encapsulates the most poignant qualities of this superlative musician.

Born in the small village of Santa Cruz, Brazil, Bonfá's musical gifts were apparent from an early age. He received his first guitar on his eleventh birthday and quickly immersed himself in the instrument. By luck, or chance, one night at a party in Rio de Janeiro not long into his study, he met Isaias Savio, a Uruguayan master of the classical guitar tradition, who soon became his teacher. As his classical training proceeded, Bonfá moved into the world of Brazilian popular, which reflected a great range of influences: the drums and dance of the samba, the traditional song styles of choro and serenata, and the influx of bolero, waltz, and jazz from America, Europe, and other parts of South America. During his late teens, he encountered and absorbed these styles while working as a musician in Rio's nightclubs, hotels, and casinos. Bonfá's style on the guitar moved away from the classical focus on melodic intricacy towards an approach that belied a deep love for Brazilian rhythms, while maintaining the poise and beauty of the classical sound. His early twenties saw a rapid development in his compositional style, which, coupled with his technical talent, gave rise to numerous popular songs, including "De Cigarro em Cigarro," "Sam bolero," and "Uma Prece."

Around the time Bonfá released his first record as a band leader in 1946, he met a second guitarist who would change the direction of his musical thinking. Though only seven or so years older, Anibal Augusto Sardinha, or "Garoto," as he was known, was a musician with undeniable passion and a knack for fusing diverse genres into a uniquely Brazilian style. Garoto, whom Bonfá described as "a musical genius far ahead of his time," had an apartment in Rio where the two would play together for hours on end, often jamming with a number of influential musicians. As Bonfá's style continued to develop, he absorbed and restated the bossa nova, or "new thing" that was rapidly altering the sound of Brazilian music. He brought a more idiosyncratic technique to his playing, utilizing the rhythmic potential of the guitar to create a sound that echoed the drums of the samba and the leisurely march of the bolero. Meanwhile his compositions became more harmonically complex, yet they maintained deep ties to their roots in the rhythms of Brazil's vibrant culture.

In 1957, Bonfá traveled to New York, speaking little English and finding himself relatively unknown. He remarked that, at the time, "no one [in America] knew anything about... Brazilian music," but he nevertheless found life as a musician in the USA appealing, and he nearly instantly enjoyed success touring with Mary Martin, star of Broadway's Peter Pan. Bonfá spent the next fifteen years living on and off in the USA, going home occasionally to record or relax. During one such month off in Rio in the late 1950s, Luiz was approached by French director Marcel Camus to write a theme for the main character of his film Orfeu Negro ("Black Orpheus"), an adaptation of a Brazilian re-telling of the legend of Orpheus written by Bonfá's friend and fellow musician Vinicius de Moraes. Bonfá composed a piece which, though not immediately liked by Camus, would become his most well-known composition. To this day, "Manhã de Carnaval" ("Morning of Carnival" or "Black Orpheus") remains a classic performed and recorded throughout the world. A gorgeous song that lends itself to innumerable styles, "Manhã de Carnaval" is a testament to Bonfá's genius, seamlessly weaving together feelings of sorrow and joy with an unforgettable melody.

One night in 1959, Emory Cook, on a trip through South America in search of music, carefully placed the microphones for his battery-operated Nagra III tape and let the tape as Luiz Bonfá gave one of the finest performances of his career. With a laid-back swagger suffusing his playing, Bonfá pulls off a remarkable range of styles and moods. From the powerful, syncopated rhythms of "Pernambuco" to the jazz of "Night and Day" and improvisational on-the-spot compositions like "Calypso Minor," Solo in Rio 1959 is more accurately described as a portrait of musical brilliance than a mere performance. As Anthony Weller observes in his extensive liner notes, Bonfá is distinguished from other musicians not least by his ability for letting his music "express... the tidal currents of a dreaming mind... even as the idea quickens to life and then vanishes." His playing seems to value a concern for feeling over technical complexity or completeness, and one hears through the previously unavailable alternate takes the true depth of expression of which Bonfá was capable. Never playing a song the same way twice, letting the music move freely, gives Bonfá's voice and guitar an expressiveness that is rare, fleeting, and beautiful.

Luiz Bonfá continued living in the USA until 1971, when he moved permanently back to Brazil. He would record over fifty records between 1945 and 1996, and toured Europe and Australia during his later career, playing occasional dates in the USA. Though his death in 2001 marked the passing of one of Brazil's heroes, the re-release of recordings like Solo in Rio 1959 make Bonfá's achievements and inimitable performances available to inspire a new generation. 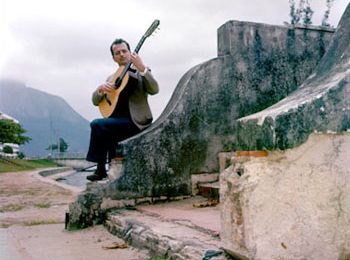 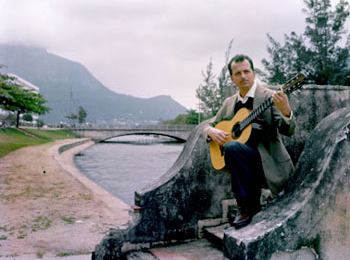 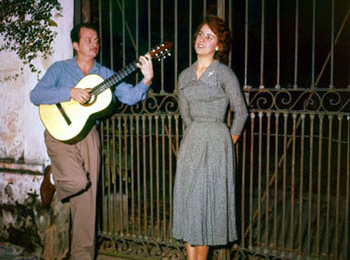 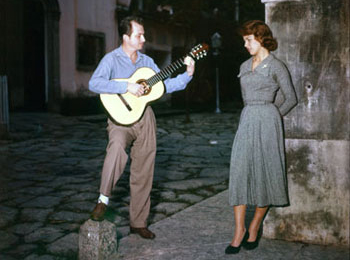 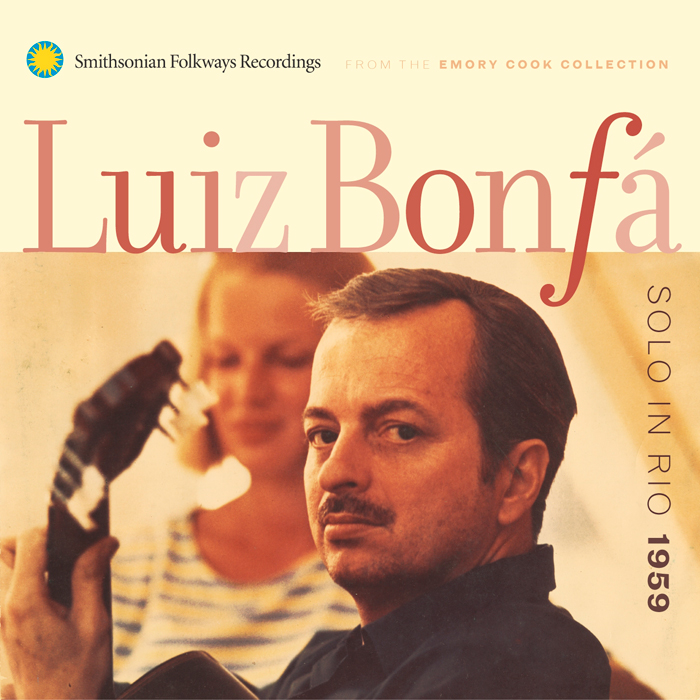