For more than 30 years, the Kronos Quartet has pursued a singular artistic vision, combining a spirit of fearless exploration with a commitment to expanding the range and context of the string quartet. In the process, Kronos has become one of the most celebrated and influential ensembles of our time, performing thousands of concerts worldwide, releasing more than 45 recordings of extraordinary breadth and commissioning more than 650 new works and arrangements for string quartet. Kronos's work has also garnered numerous awards, including a Grammy for Best Chamber Music Performance (2004) and "Musicians of the Year" (2003) from Musical America.

The Quartet spends five months of each year on tour, appearing in the world's most prestigious concert halls, clubs, and festivals. Kronos is equally prolific on CD, with a discography on Nonesuch Records including Pieces of Africa (1992), a showcase of African-born composers that simultaneously topped Billboard's Classical and World Music lists; Nuevo (2002), a Grammy- and Latin Grammyâ€“nominated celebration of Mexican culture; and the 2003 Grammy-winner, Alban Berg's Lyric Suite. The Kronos Quartet/Kronos Performing Arts Association is a non-profit organization based in San Francisco.

Alim Qasimov and his daughter, Fargana, exemplify the explosive artistic energy that results when a powerful musical model ignites the spark of young talent. "To be a musician, there has to be a fire burning in you," says the elder Qasimov. "It's either there or it isn't. I'm convinced that if young people have this spark—call it inspiration, call it spiritual fire—they can perform any kind of music. It could be pop, folk, or classical, but whatever it is, they'll stand out."

Fargana Qasimova's talent gravitated naturally toward the music she heard from her father—classical Azerbaijani mugham as well as popular ashiq songs. "What we do happens spontaneously," said Alim Qasimov of his work with Fargana and the four young musicians who accompany them. "We can sing one way in a rehearsal, and then in a concert, it will turn out completely differently. When I meet with the musicians in my ensemble, there's an atmosphere that starts to nourish us that comes from beyond our own will, and that's the source of the unpredictability in our music. It's almost a feeling of ecstasy that leads to a kind of meditation."

The four Baku-based ensemble members who appear on Rainbow are all virtuosic performers in their own right. In various configurations, they have appeared with Alim and Fargana Qasimov in their frequent international concert performances of Azerbaijani traditional music, and as members of Yo-Yo Ma's Silk Road Ensemble. Alim Qasimov is the 1999 winner of the IMC-UNESCO International Music Prize for performers—the same award received in previous years by Ravi Shankar, Nusrat Fateh Ali Khan, Yehudi Menuhin, and Benny Goodman, among others.

Since immigrating to the United States in 2002, Homayun Sakhi has established a worldwide reputation as the outstanding Afghan rubâb player of his generation. His artistry demonstrates how an imaginative musician working within a traditional musical idiom can enrich and expand its expressive power, while respecting the taste and sensibility passed down from master musicians of the past. Sakhi's performance style has been shaped not only by the musical traditions to which Afghan music is geographically and historically linked, but by his lively interest in contemporary music from around the world. Born in Kabul into one of Afghanistan's leading musical families, he studied rubâb with his father, Ghulam Sakhi, in the traditional form of apprenticeship known as ustâd-shâgird (Persian: "master-apprentice").

Ghulam Sakhi was heir to a musical lineage that began in the 1860s, when the ruler of Kabul, Amir Sher Ali Khan, brought classically trained musicians from India to perform at his court. Over the next hundred years, Indian musicians thrived there, and Kabul became a center for the performance of North Indian classical music. Musicians in Kabul also cultivated the art of playing the rubâb, which was prominent in regional folk music. Today the people of Afghanistan regard the rubâb with great pride as their national instrument.

Homayun Sakhi currently resides in Fremont, California, a major cultural center of Afghan émigré life, where he opened a school to teach Afghan music to children. His busy performance schedule regularly takes him to cities around the world.

Salar Nader
Born in Germany in 1981, Salar Nader is one of his generation's leading performers on the tabla. A disciple of the great tabla master Zakir Hussain, Salar Nader frequently accompanies Homayun Sakhi as well as other performers of Afghan and North Indian classical music. A resident of San Francisco, Nader recently appeared as an on-stage musician in an American theatrical adaptation of Khaled Hosseini's best-selling novel, The Kite Runner.

Abbos Kosimov
Abbos Kosimov was born into a musical family in Tashkent, Uzbekistan. He began playing doyra at age nine, and later studied with Ustad Mamurjon Vahabov at Tashkent's College of Culture and Music. He graduated from the Tashkent State Institute of Culture in 1994, and since then has pursued an international career as a professional doyra player.

Based in California since 2005, Kosimov continues to perform with his Uzbek traditional music group Abbos. He also performs as a member of Zakir Hussain's Masters of Percussion ensemble, and has appeared with conga virtuoso Giovanni Hidalgo, legendary percussionists Terry Bozio and Steve Smith, and the world percussion group Hands On'Semble. He has recorded with Stevie Wonder, and recently created the first instructional DVD on the doyra available in the West. 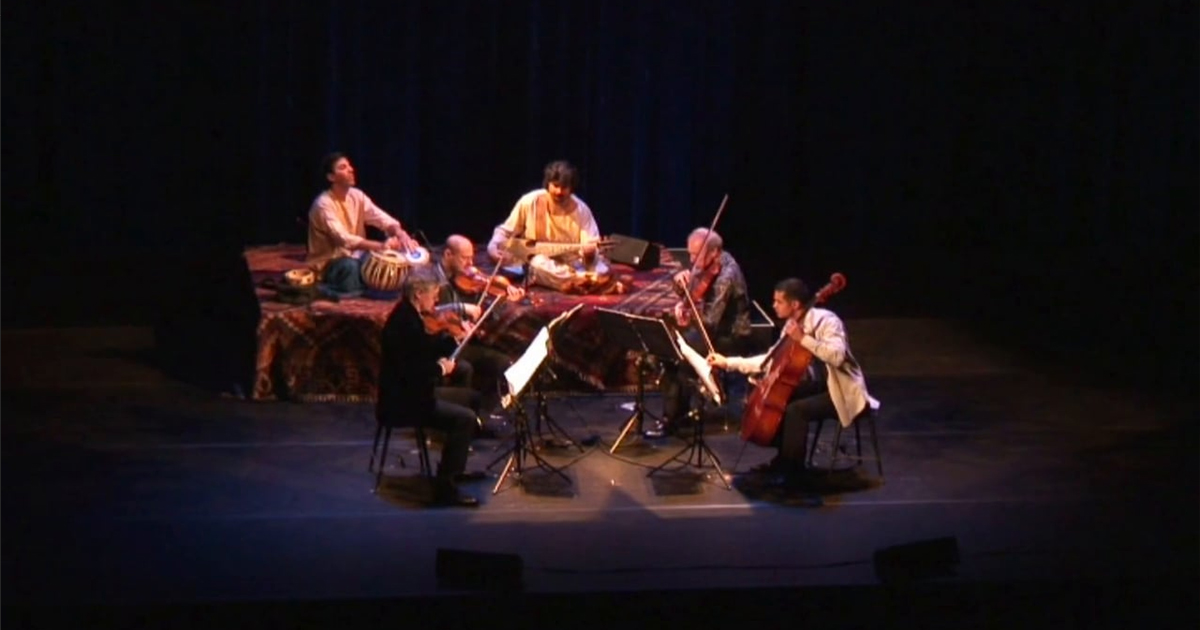 Making of the album Rainbow
A bold collaboration between America's premier new music quartet, Azerbaijan's best-loved traditional singer, and the leading Afghan rubâb player of his generation. Featured works include Homayun Sakhi's luminous "Rainbow," for string quartet, rubâb, tabla, and Central Asian percussion, and spirited arrangements of Azerbaijani songs performed by Kronos Quartet and the Alim Qasimov Ensemble. A March 14th concert at Carnegie Hall kicks off a series of concerts in 2010. Music of Central Asia is a co-production of the Aga Khan Music Initiative in Central Asia, a program of the Aga Khan Trust for Culture, and Smithsonian Folkways Recordings. The aim of the series is to present leading exponents of Central Asia's rich and diverse musical heritage to listeners outside the region. 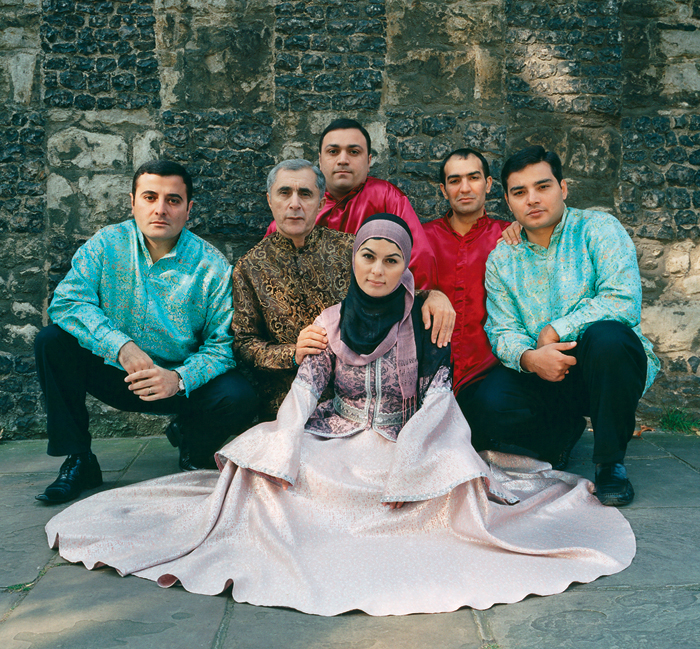 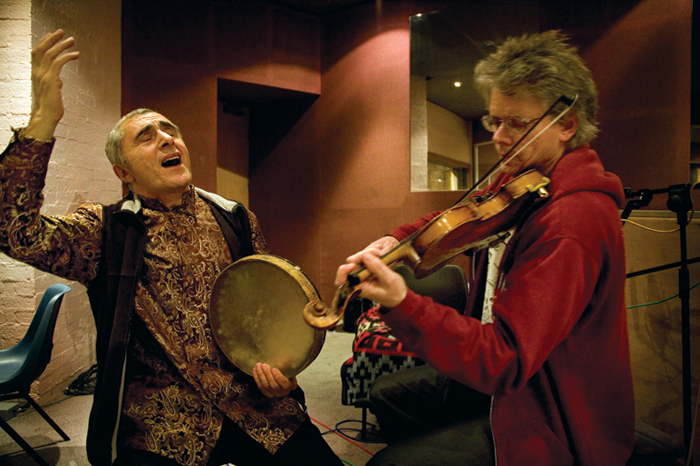 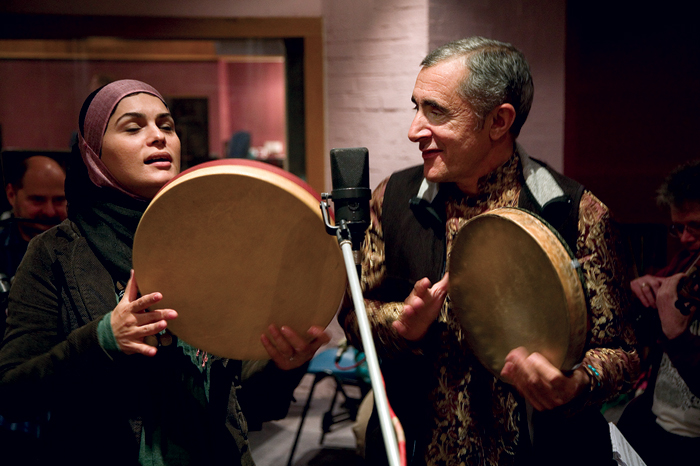 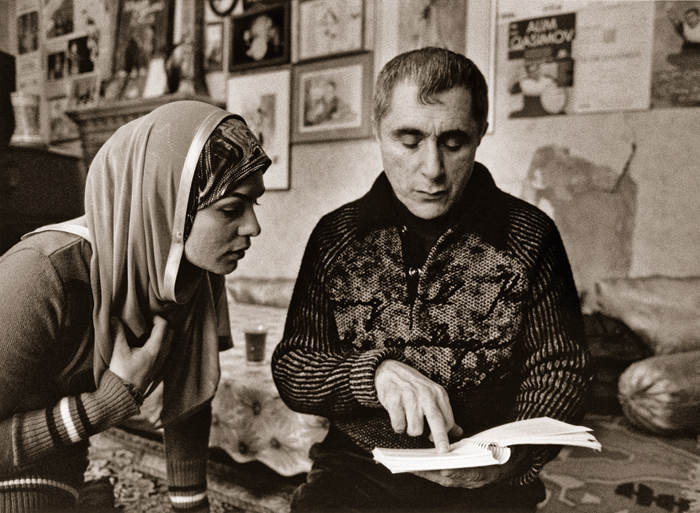 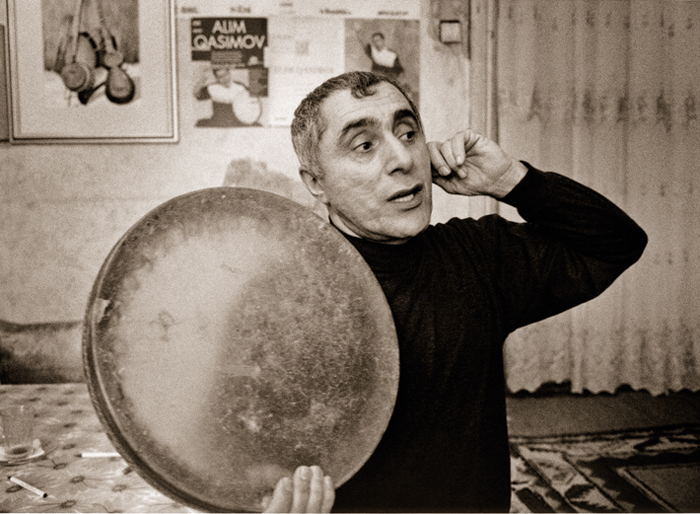 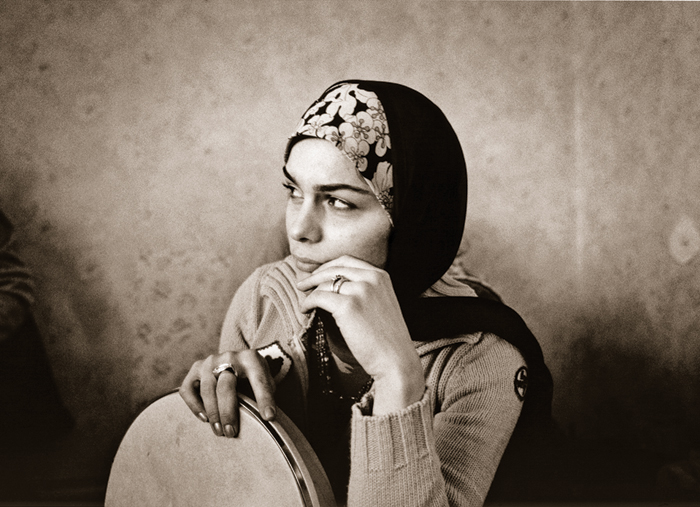 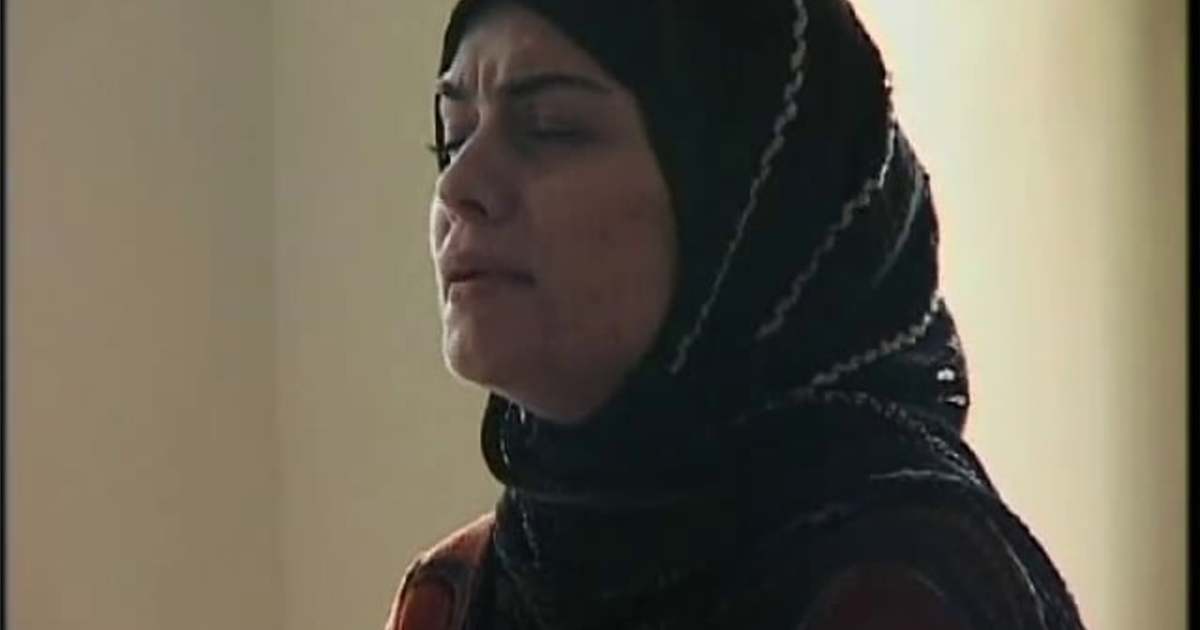 Mugham: Spiritual Music of Azerbaijan
Spiritual Music of Azerbaijan :: Mugham, the indigenous classical music of Azerbaijan, belongs to a transnational tradition of urban classical or court music that flourished in the great cultural centers of North Africa, the Middle East, West Asia, and Central Asia beginning more than a millennium ago. Mugham and its cognate repertoires are all regionally specific but represent what is at root a common musical language. Produced in collaboration with the Aga Khan Music Initiative, a program of the Aga Khan Trust for Culture. 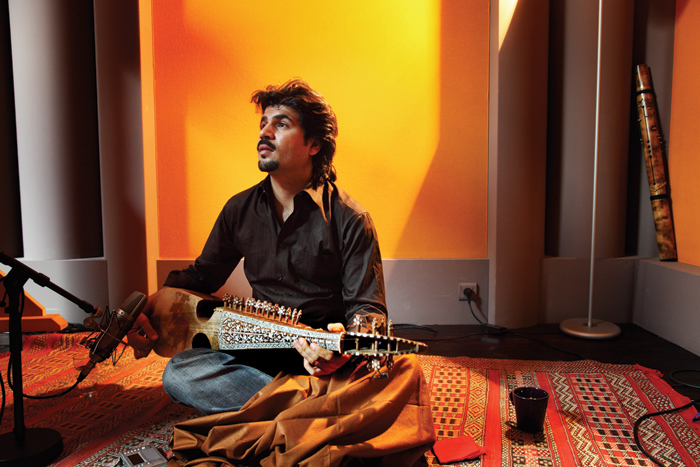 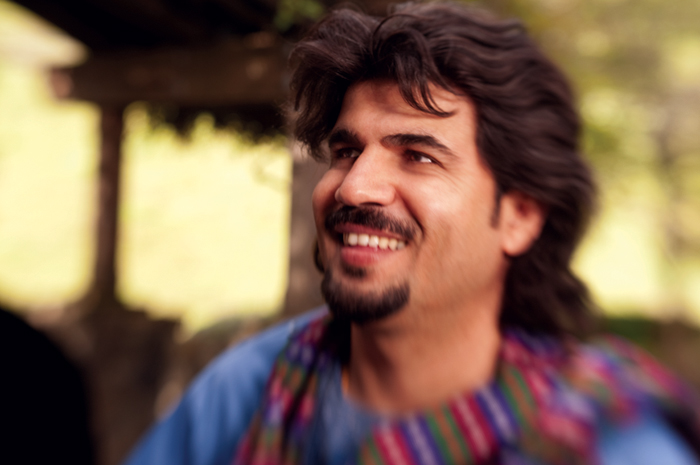 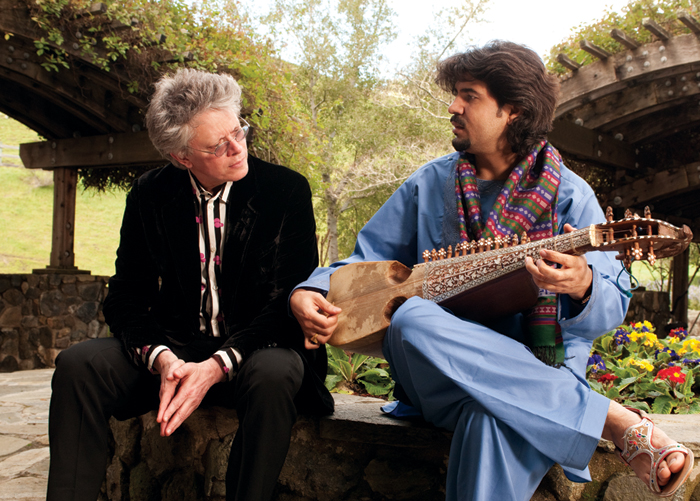 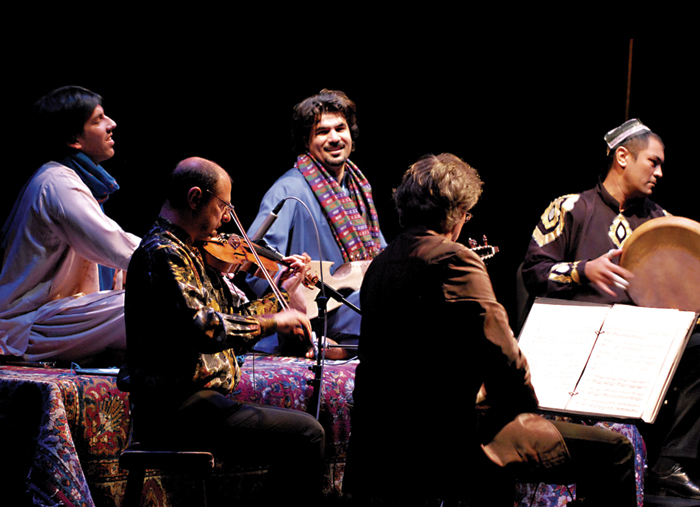 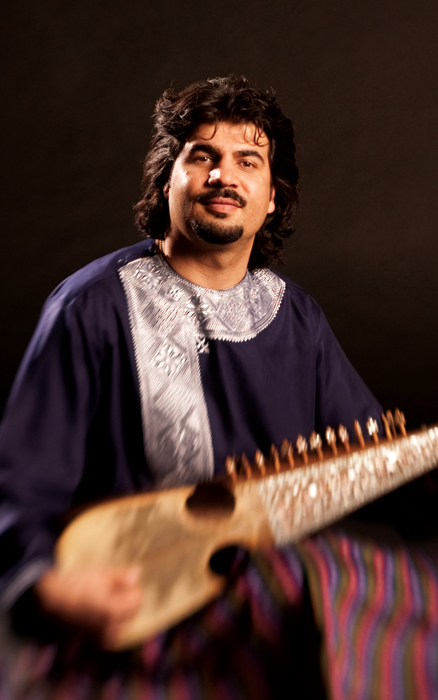 Homayun Sakhi: Afghan rubâb player
Homayun Sakhi is the outstanding Afghan rubâb player of his generation, a brilliant virtuoso endowed with a charismatic musical presence and personality. During Afghanistan's long years of armed conflict, when music was heavily controlled, censored, repressed, and, finally, totally banned, the classical rubâb style to which Homayun has devoted his career not only survived but reached new creative heights. Produced in collaboration with the Aga Khan Music Initiative, a program of the Aga Khan Trust for Culture. 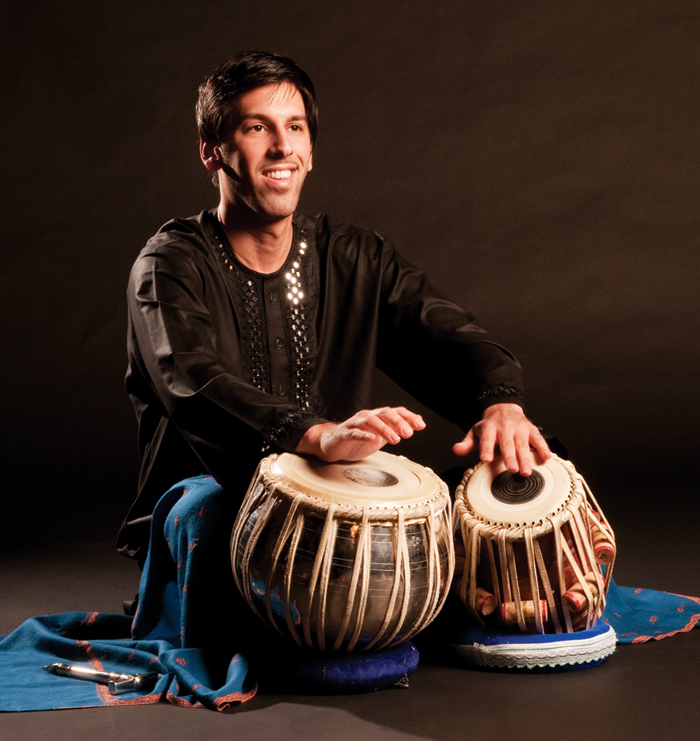 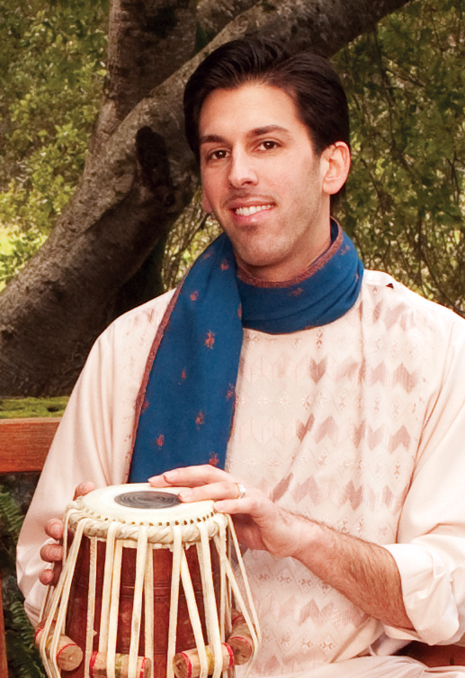 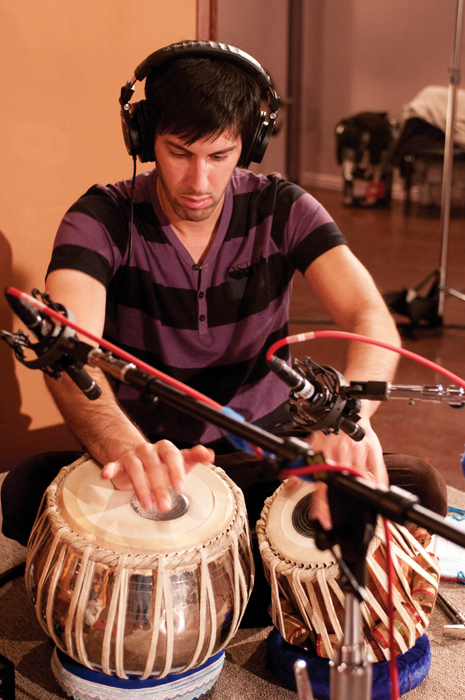 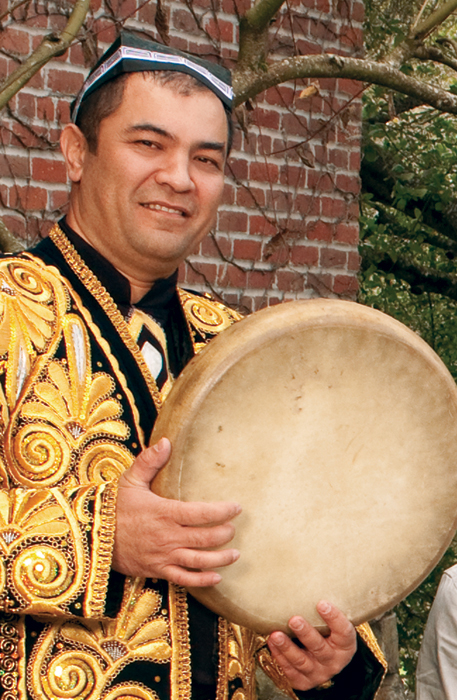 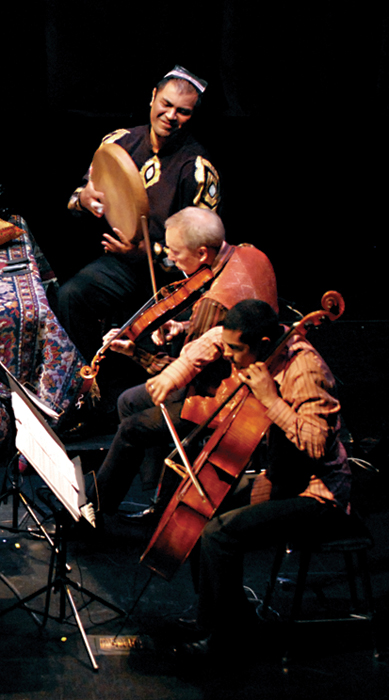