Upon arriving at a primary schoolyard in Tshakhuma village, a Venda community in the far northern province of Limpopo, South Africa, one is often greeted with musical sounds ascribed to children around the world. Young voices sing the latest pop music hits, handclapping showdowns sound from the far corners of the playground, children test their own musical creations, dance routines take shape, and the favored dance circle buzzes with song, laughter, and movement as each child vies to outshine her playmate in its center ring. It was in reference to this same community that renowned ethnomusicologist John Blacking noted in the 1950s that Venda childhood had an “audible badge of identity” (Blacking 1967: 29). This audible badge—a musical marker of Venda childhood, culture, and community—continues to shape the ways in which Venda children embody musical mastery as a means to distinguish themselves within South Africa’s so-called “rainbow nation.”1 Just as schoolyards resonate with the musical sounds of Venda childhood, the complex relationships between music and culture permeate Venda children’s lives from their earliest moments as the fleeting musical minutiae of everyday life. Our work seeks to understand the relationship between childhood, culture, community learning, and music from the perspectives of young people themselves.

Through collaborative research, we have been exploring the ways that Venda children learn and engage with traditional Venda musical genres, as well as the relationship between this learning process and children’s overarching musical identities. Emberly was first introduced to Venda music during her Ph.D. research from 2004-2007 by Davhula, a Creative Arts curriculum advisor for the Limpopo Department of Education, a community leader, and a scholar on the role of music during the malombo healing ceremony in Venda communities. Our joint research has since come to focus on how, in an effort to protect their distinct cultural heritage in the broader South African landscape, Venda communities continue to ensure that children learn and maintain their culture, traditions, and values.2 We have also been working towards an exhibition of Blacking’s field research materials as a means to share his historical documentation of Venda children’s music with communities of origin.3

Using Blacking’s work as an historical benchmark, we are able to trace the ways in which Venda children’s musical engagement has both shifted and been maintained since the 1950s. Blacking argued that all humans are capable of being musical and used his research on Venda children’s music to articulate the relationship between music, culture, society, and humanity (Blacking 1973). What we see in Venda communities today is that people are continuing to actively support musical arts training for children and young people. As the bearers of musical culture into the future, children are central for keeping Venda musical traditions strong. Listening to the views, ideas, and beliefs of children about the role of music in their lives suggests that being musical underwrites what it means to be Venda in many ways. As one young girl told us, “learning traditional music makes me proud of who I am, a Venda person” (Tshiemuemu Secondary School, 2009).

The demonstration of Venda children’s musical skills and musical learning in our research resonates with issues surrounding cultural maintenance, wellbeing (social, cultural, physical), and the importance of music education for sustaining cultural arts practices. Venda children are musically proficient in ways that support the sustainment of Venda culture, including its language, identity, and various social practices. Blacking found this during his research, and it remains true that children’s roles as musical participants and ambassadors of Venda culture are clearly defined and valued.

Although Venda children are prolific in their knowledge of traditional music, the means by which they learn music has changed significantly since Blacking’s time. Musical education, in the broadest sense, has moved from the kraal or chief’s land to the classroom, where a Creative Arts curriculum outlines guidelines for teaching music in the classroom. Venda children and young people are actively engaged in musical arts during their daily lives. Through dancing, singing, and instrument playing children not only learn about traditional Venda culture, laws, and customs but also about what it means to be a Venda child in the global world. Most Venda children engage in vibrant traditional musical arts, such as tshigombela (a girls group song and dance genre), tshifase (a courting dance), malende (songs and dances of joy), matangwa (a girls group dance), tshikona (traditionally a boys reed pipe ensemble—however girls do sometimes perform it now), and nyimbo dza vhana (songs of children).

Some of these musical forms are maintained through school programs and competitions during which children demonstrate high musical proficiency. For instance, tshigombela (an all-girl ensemble) includes a large group of dancers circling counter-clockwise around a small group of drummers, including one person playing the mother drum, and a lead singer. As the lead singer calls out, the dancers sing in response and their feet patterns match strikingly complex drumming rhythms. Singing, dancing, and drumming form the core of many Venda musical genres, in addition to the national reed pipe dance known as tshikona. Traditionally, a male genre performed in a very large group, tshikona players each blow a single reed pipe in interlocking rhythmical and melodic patterns while dancing. During competitions, such as one we recorded over several days in 2009 at the Maunavhathu Military Base, large groups of singers and dancers perform almost every genre of traditional Venda music, spending the school year perfecting and synchronizing their performances. The large crowds that gather watch and ululate loudly when the dancers storm the center field. Their energy is palpable as the dancers’ feet lift and fall in perfect rhythm with the drums. This is where Venda children have the opportunity to demonstrate their embodied knowledge, and crowds respond with joyous support.

Because of the significant shift in styles of musical learning, and because of changes in cultural and social structures, Venda children’s music is both traditional and evolving. With change has also come loss. Today, many children’s music genres, such as the misevhotho, domba, and vhusa initiation schools are highly endangered. At present, these ceremonies (which can last upwards of a year) are rarely enacted. With the loss of music, song, and dance comes the loss of knowledge embodied within the musical genre. Therefore, finding ways to strengthen musical learning across all genres is key to supporting the socio-cultural wellbeing of children and young people throughout Venda communities. Music connects children to culture, language, and history, and supports socio-cultural wellbeing from a child’s earliest moments. Musical engagement and communal music-making are thus more than an “audible badge.” Each actively participates in sustaining the Venda way of life.

In addition to being significant to the celebration and maintenance of Venda communities’ life ways, Venda children’s roles in music making also reflect the more broadly relevant challenges of globalization: children in South Africa, as elsewhere, are often valued as ambassadors of cultures that seek to sustain traditional teaching and learning when threatened by global forces.4 For this reason, adults have a vested interest in maintaining the unique culture of children’s music, particularly when external factors may dissuade children from participating in the maintenance and perpetuation of traditional culture.

As a local school principal explained:

“It is very much important for our kids to learn these cultural dances because we are living in a rainbow country, wherein all cultures—they just mix, so we don’t want them to get lost and not know their real culture. Wherever they go they should know their culture...they shouldn’t forget their roots. So it is very much important because if we should just leave them and just teach them and forget about their culture, their traditions and so on, really I am telling you, they will forget where they do come from.”

The musical multiplicity of daily life is nowhere more evident than in the lives of Venda children. Watching and listening to them seamlessly transition from singing and dancing a familiar tshigombela song, to banging out hip hop and kwaito beats for eager young artists waiting to articulate their musical prowess, demonstrates that Venda childhood does, indeed, sport an “audible badge.” In many ways, its soundscape has been maintained and continues to provide children with a rich musical framework for Venda culture. Participation in traditional Venda music-making constitutes a movement of cultural pride that contributes to the idea of a “rainbow nation,” while also asserting the ways in which Venda culture stands out within South Africa’s multicultural environment.

Andrea Emberly is an ethnomusicologist who has been conducting research in Limpopo since 2004. She is currently an Assistant Professor of Children’s Studies at York University.

Mudzunga Junniah Davhula is a Creative Arts curriculum advisor for the Vhembe District, Limpopo Province Department of Education, South Africa. She is a practicing Venda musician and community leader.

1 The term “rainbow nation” is credited to Archbishop Desmond Tutu, who used it to describe an inclusive and multicultural post-apartheid South Africa. Nelson Mandela famously used the term in one of his earliest speeches in office as the President of South Africa stating that, “each of us is as intimately attached to the soil of this beautiful country as are the famous jacaranda trees of Pretoria and the mimosa trees of the bushveld—a rainbow nation at peace with itself and the world" (As quoted in Manzo 1996: 71). “Rainbow nation” is now commonly used to describe South Africa as a country.

2 As a minority group within South Africa, TshiVenda-speaking people make up less than two percent of the total population, making them one of the smallest populations in the country in terms of the 11 officially recognized languages.

3 Blacking’s materials currently reside in two archives—one at the Callaway Centre, University of Western Australia (UWA), and another at Queen’s University, Belfast. We will be collaborating on an exhibition of materials from the UWA collection to be opened at the University of Venda in July of 2014. 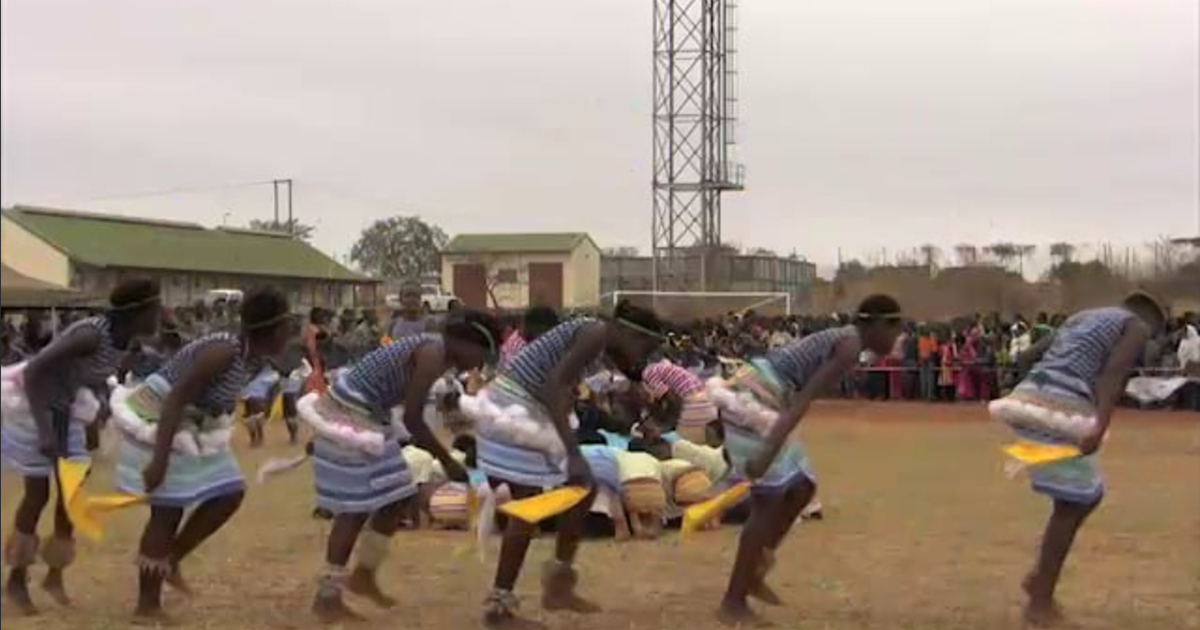 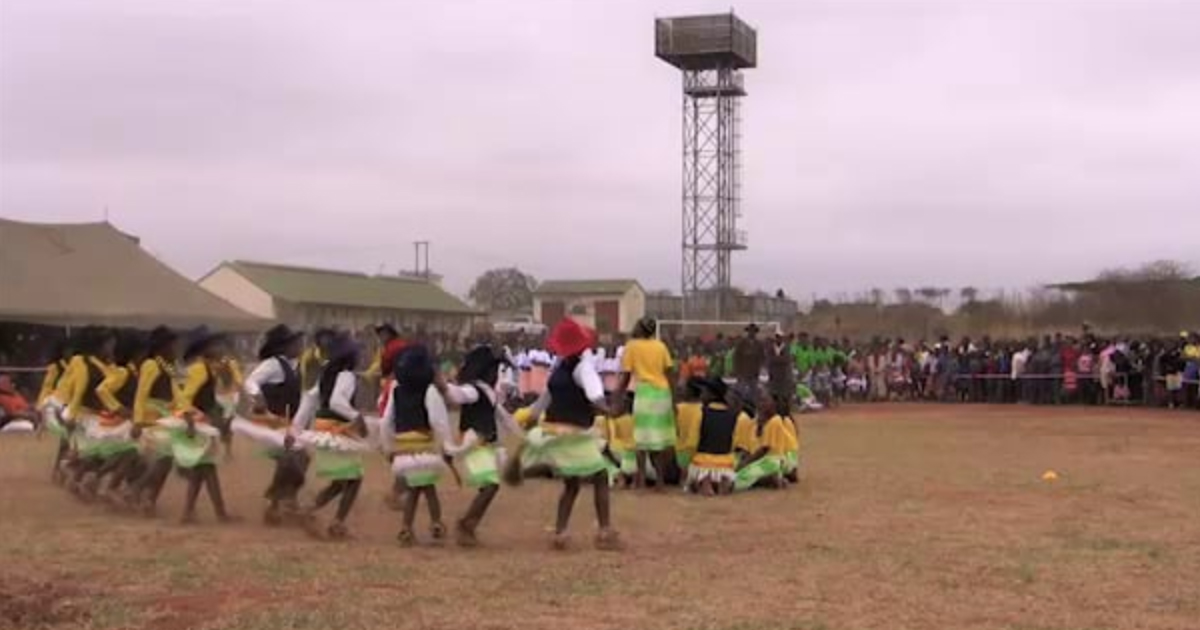 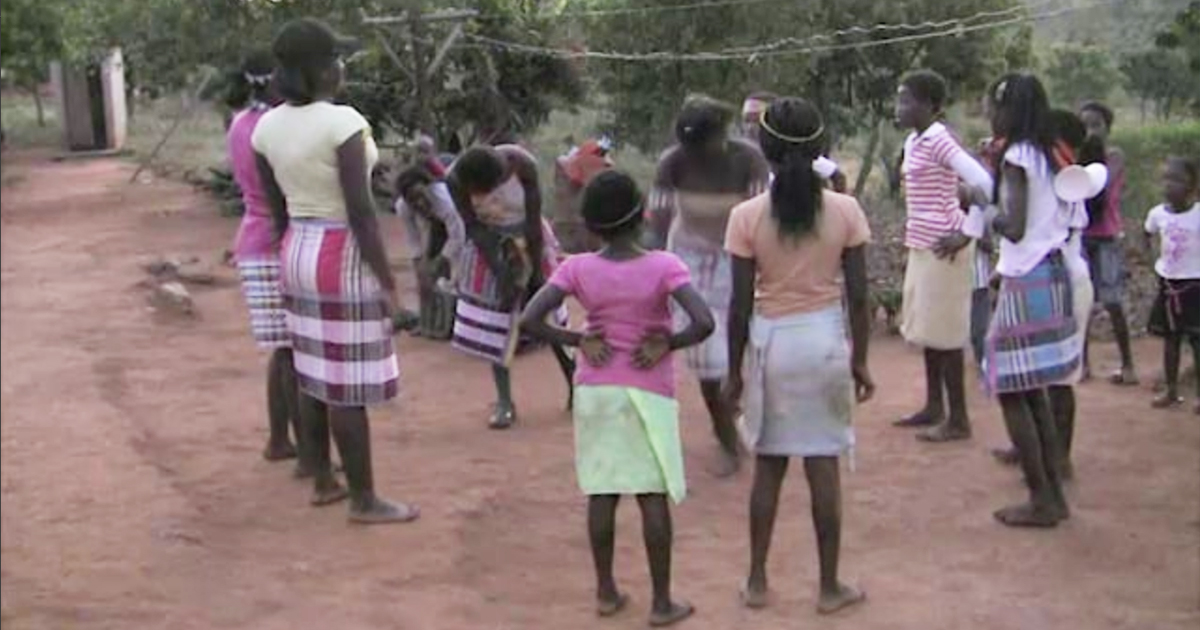