On September 11, 2001, Jewish Ugandan coffee farmer and musician J.J. Keki visited New York City. He approached the World Trade Center just as the planes hit the towers. This experience deeply moved Keki and compelled him to work toward peaceful, interfaith cooperation. When he returned to Uganda, he walked from village to village, asking his Jewish, Christian, and Muslim neighbors if they would be willing to form a Fair Trade coffee cooperative. It worked. To date, more than 1,000 farmers have joined the Peace Kawomera (Delicious Peace) coffee cooperative.

Many of the coffee farmers have taken the mission, and message, of interfaith cooperation to heart. It is common to hear these farmers speak about the importance of separate religions coming together to become “one person.” They model this in the leadership structure of the cooperative, in their social interactions and in musical expression that conveys the importance of peace, cooperation and economic justice. To document these extraordinary performances, I recorded the Smithsonian Folkways album Delicious Peace: Coffee, Music & Interfaith Harmony in Uganda.

After recording the album, I returned home to Boston, where we recently experienced horrendous bombings during the marathon.  In the wake of violence in my own city, I have been revisiting the music of this interfaith cooperative, and reflecting about the power and responsibility of each of us to create a climate of peace in our communities.

In many Ugandan villages, important societal issues are addressed through music. Not only is music an effective means of engaging community education, it is often one of the only ways to transmit information in a village where radios are scarce and televisions are nonexistent. In his book on the role of music in HIV/AIDS education in Uganda, Gregory Barz discusses the “purposeful” nature of music and details its important role in education, communication, and community outreach.1 This educational use of music starts early in childhood. As Rabbi Gershom Sizomu said, “When I was a boy, my grandmother would tell us bedtime stories. These stories all had morals, and whenever she came to the moral – the lesson – she would break out in song.”

Coffee songs of the Delicious Peace cooperative serve similar functions of education and moral guidance. The song, “Let all religions come together,” sung by Saban Nabutta in the traditional style of the Bagwere, stresses how important it is for religions and ethnic groups to come together in peace.

While the impact of interfaith harmony is a central message of these farmers, the success of the cooperative depends on the farmers’ ability to produce excellent coffee. Music serves this function as well. Sinina Namandosi, a Muslim woman on the board of the cooperative, explained the importance of music to both attract new members and educate the farmers in more effective methods of planting, harvesting, and processing coffee: “When you say, ‘Come, and we are going to teach you about coffee,’ they say, ‘Ah, me, I will not go.’ But when they hear that there is music, they come in big numbers!” At the cooperative’s general meeting, farmers sing to encourage members of the cooperative to produce high quality coffee. When visitors arrive from Thanksgiving Coffee,2 or other organizations that support the cooperative’s efforts, farmers sing to express their appreciation of the benefits of Fair Trade and to welcome foreign guests to their villages.

Sinina Namondosi explained how her women’s collective composes together: “For example, we start by asking questions: How has Peace Kawomera changed Namanyonyi? How is Peace Kawomera helping us? They have given us a washing station. It has made the work easy: It pulps so much coffee in just a few minutes!” Collectively, they discuss the impact of such initiatives and share ideas for lyrics. Once the content of the song has been determined, it is common for the leader to improvise in the course of performance, building on the themes laid out by the group in earlier discussions. The farmers set these lyrics to familiar tunes learned at school or in church, political campaign songs, or popular songs heard in town or on the radio.

They also compose tunes in the style of the traditional music of their particular language/ethnic group. In Namanyonyi, where the co-op’s office is located, the predominant group is the Bagisu, also called the Bamasaba. Traditionally, young Bagisu men and women compose songs for the celebration of Imbalu, the large community ritual of adult male circumcision practiced by Christians and Muslims held every two years. Leading up to Imbalu, teenagers who are candidates for circumcision compose songs and travel in groups with friends throughout Mbale, performing and raising money to support the celebration. Bagisu coffee farmers embark on writing songs in a similar manner, except that their lyrics communicate about coffee, its cultivation, and the benefits of their cooperative.

Once composed, these songs are often sung at other community events where the lyrics are changed to match the specific occasion. Typically, the NGOs that work in Mbale hold large public celebrations to publicize and promote their aid projects. Women’s collectives are asked to compose songs for the festivities to acknowledge the impact of these initiatives—ranging from improved nutrition to HIV/AIDS prevention to child welfare—on their families and communities. A women’s group might have a repertoire of five or six rehearsed songs, and it is common to use the same song for an event that acknowledges the support of Peace Kawomera, World Vision, or “The Day of the African Child,” changing the lyrics and then altering the melody slightly to fit the new words. In this way, many of these coffee songs fall into the larger category of music composed to advance community economic and welfare projects.

In the course of my time with the cooperative, I found that the boundaries of sacred space in Namanyonyi had become more permeable since my research with the Abayudaya began in 2000. While it was clearly not the everyday norm, members of all the religious traditions were welcome in the local church, mosque, and synagogue—not just with an eye toward conversion, but with respect for each individual’s religion. In the Anglican church in Namanyonyi, a leader publicly observed, "It’s that unity which brought us peace." After Friday prayer, as I stood outside the Nankusi mosque, the chairman of the local Muslim community put his hand on my shoulder and said, "You know, we are all children of the same God. We see little sense in fighting. We have found it is more to our benefit to cooperate together."

Jeffrey A. Summit is research professor of music at Tufts University, where he also serves as rabbi and the Neubauer Executive Director of Tufts Hillel. His CD Abayudaya: Music from the Jewish People of Uganda (Smithsonian Folkways Recordings) was nominated for a GRAMMY Award. 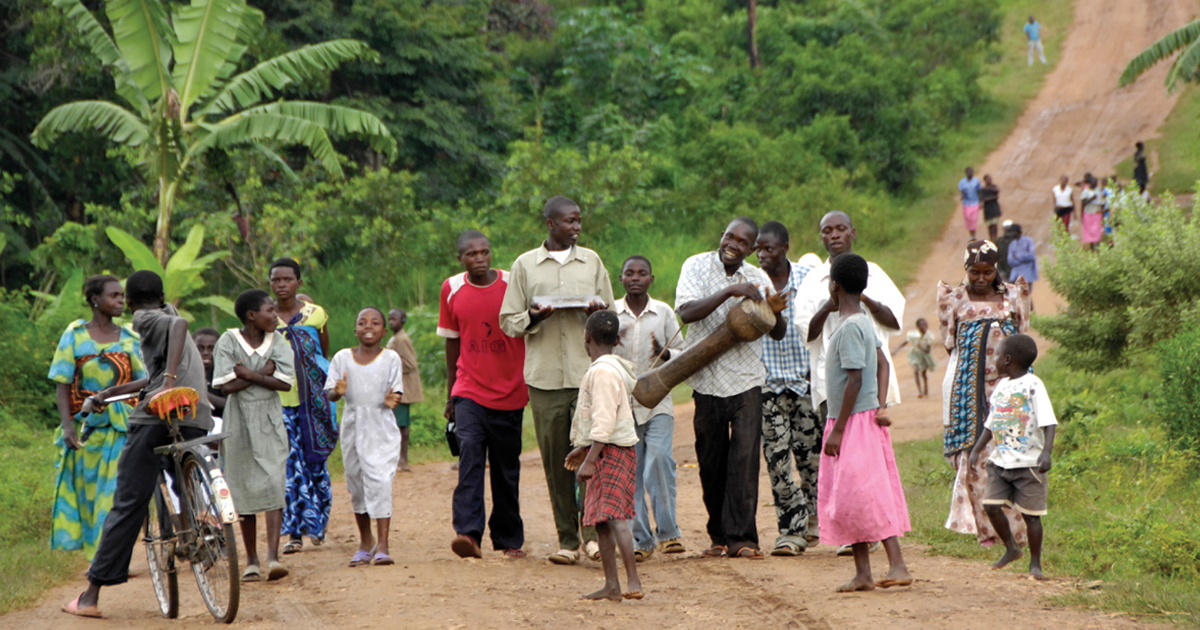 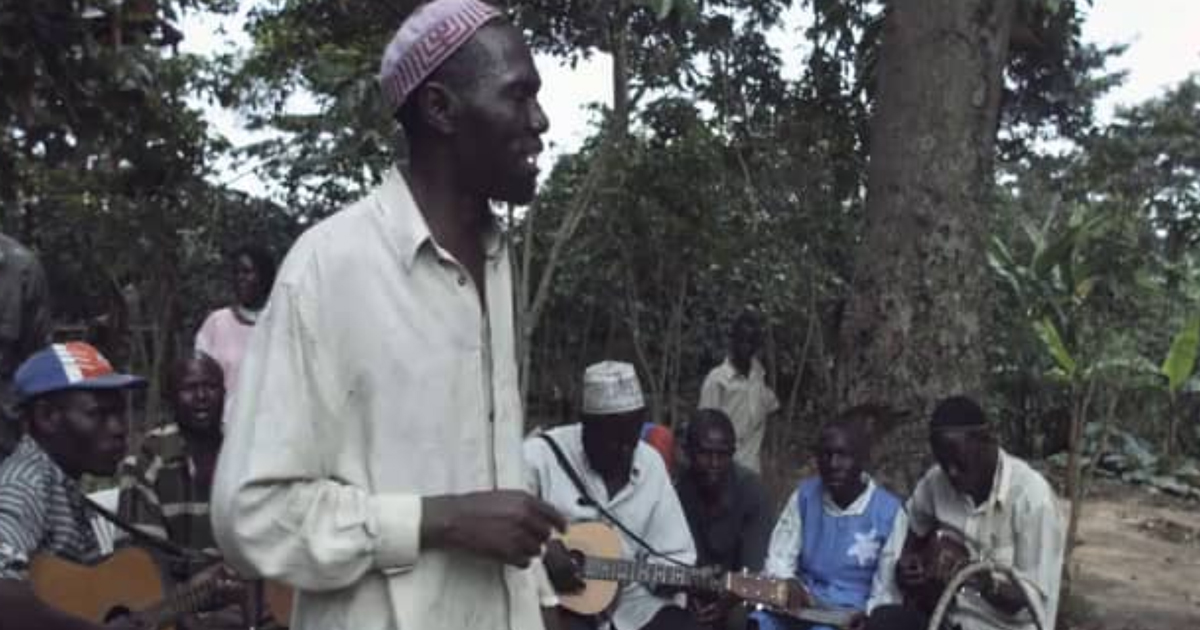 Video: "Let all religions come together," a Delicious Peace performance. 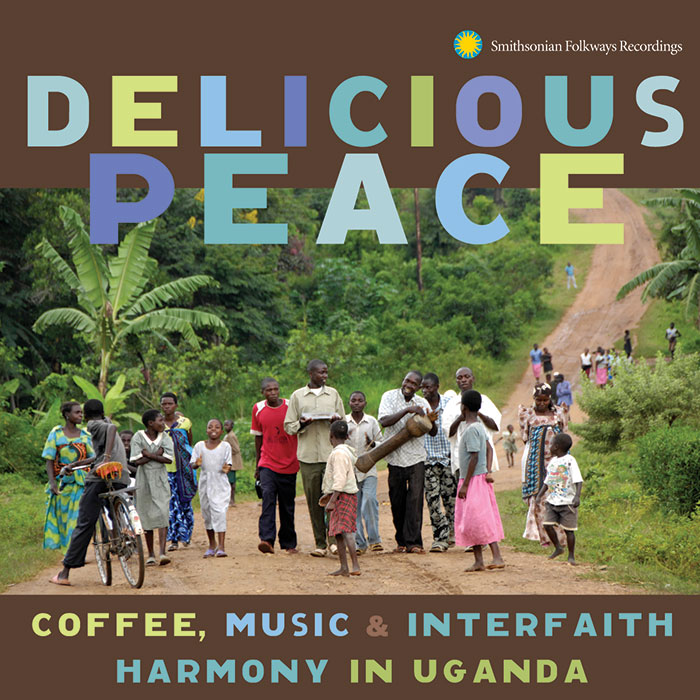 Delicious Peace: Coffee, Music & Interfaith Harmony in Uganda
Get up and grow coffee!
The People of Uganda