Central Asia is commonly understood to encompass the territory of six nations: Afghanistan, Kazakhstan, Kyrgyzstan, Tajikistan, Turkmenistan, and Uzbekistan. Yet patterns of settlement and cultural links that predate the establishment of current political boundaries argue for a broader definition of the region. For example, the Uyghurs, a Muslim, Turkic-speaking people whose traditional territory is in western China, have old cultural affinities with other Central Asian groups. The Turkmen, who comprise the titular ethnic group of Turkmenistan, are strongly represented in the Iranian region of Khorasan that flanks Turkmenistan to the southwest. Shia Isma'ili Muslims in mountainous Badakhshan, the eastern region of Tajikistan, share cultural and religious traditions with Isma'ilis living in the adjacent Northern Territories of Pakistan, Afghanistan, and western China, as well as in Khorasan and other parts of Iran.

Beyond Central Asia itself, diaspora communities created by recent emigration have spread cultural influences from the region far beyond its geographical borders. Some of Afghanistan's finest musicians were among the hundreds of thousands of Afghans who fled to Pakistan, and later emigrated to the West following the Soviet invasion of their country in 1979, and the rise of the Taliban in the 1990s. Outstanding musicians were also among the tens of thousands of Central Asian ("Bukharan") Jews who left Uzbekistan and Tajikistan to resettle in New York City and Tel Aviv when the U.S.S.R. opened its borders to Jewish emigration in the mid-1970s. Central Asian Jews long lived as a Persian-speaking minority population among their Muslim neighbors. Indeed, an overwhelming majority of Central Asia's Persian-speaking and Turkic-speaking population identifies itself with Islam as an active religious practice, a cultural legacy, a worldview that informs everyday social life, or all of these. Excluded from this group are Russian-speaking Slavs and other non-Muslim immigrants who began to populate Central Asia after the Tsarist conquests in the latter half of the 19th century, and during the Soviet era accounted for half or more of the population of the region's major cities.

Central Asia's history has been shaped by its strategic position at the intersection of two great axes of civilization. One axis points southwest, toward the sophisticated urban culture of Iran. The other axis points northeast, to what has been called Turan—the nomadic world of the Inner Asian steppe, where pastoralists belonging to myriad Turkic and Mongolian clans created a succession of powerful steppe empires. Iran vs. Turan, sedentary vs. nomadic, urbanite vs. steppe-dweller—in broad strokes, these contrasting pairs represent the distinctions of worldview and way of life that echo strongly in Central Asia's musical traditions despite centuries and millennia of intermingling among its diverse social groups.

In nomadic cultures, the consummate entertainer is the bard, and music is characterized by a strong narrative dimension. Epic tales as long as thirty times the length of Homer's Iliad, and instrumental pieces whose wordless melodies and rhythms relate beloved stories through a kind of musical onomatopoeia all reflect a nomadic sensibility. Traditional nomadic spirituality ascribes spiritual power to a range of natural phenomena and living creatures, and nomadic music and sound-making often serve as a means of representing and accessing the power of spirits.

The music of sedentary-dwellers, by contrast, reflects the deep impact of Islam as a spiritual and cultural force. The central artifact of musical performance is the elaboration and embellishment of words and texts by a beautiful voice. Singers are typically accompanied by small ensembles of mixed instruments that almost always include percussion. The beauty of the voice may also be represented symbolically by a solo instrument such as a plucked lute, violin, or flute, which reproduces the filigree embellishments and ornamentation characteristic of a great singer.

In the years following the Bolshevik Revolution of 1917, the Soviet Union tried to bring about fundamental transformations in the organization, transmission, and expression of indigenous culture among the inhabitants of its vast empire. Since the beginning of the post-Soviet period, musicians throughout Central Asia have sought to recover and reanimate older musical traditions in response to growing interest in their cultural heritage, both among local inhabitants and outsiders. These traditions are deeply rooted in local musical practices, but none of them is "pure." Central Asia's long history of contact and exchange with other cultures continues to evolve in our own time. And as the musicians whose performances come alive on Music of Central Asia leave their own creative imprint on the region's musical legacy, there can be no doubt that authentic traditional music remains forever contemporary.

These two different but complementary musical traditions informed by nomadic or sedentary ways of life are both represented on Music of Central Asia. The Tengir-Too is a new ensemble that plays old music. The group takes its name from the mountain range that towers over the high alpine passes linking Kyrgyzstan and China, and is better known by its Chinese name, Tien Shan: "Celestial Mountains." Founded and directed by Nurlanbek Nyshanov, a gifted composer, arranger, and multi-instrumentalist, Tengir-Too (Too is pronounced like "toe") provides a living laboratory for Nyshanov's efforts to find a voice for Kyrgyz music in the contemporary cultural marketplace. Kyrgyz music is rooted in the sensibility of nomads who inhabit a spectacular landscape of mountains, lakes, and pristine grasslands where the elemental energies of wind, water, and echo, the ubiquity of birds and animals, and the legendary feats of heroes have inspired a remarkable art and technology of sound-making.

By contrast, more urban, embellished sounds emerge from the Maqâm-i Râst, one of the six maqâms, or suites, which constitute the systematically organized repertory of Central Asian classical music known as Shashmaqâm (six maqâms). In the Shashmaqâm, instrumental pieces, lyrical song, contemplative poetry, and dance are all bound together in a vast yet integrated artistic conception of great refinement and profound beauty. The roots of Shashmaqâm are linked most strongly with Samarkand and Bukhara—historically multicultural cities where performers and audiences have included Tajiks, Uzbeks, and Central Asian (Bukharan) Jews. Shashmaqâm performers were typically bilingual in Uzbek—a Turkic language—and Tajik—an eastern dialect of Persian—and sang poetic texts in both languages. During the Soviet era, however, the Shashmaqâm was cloned into two distinct repertories—"Uzbek" Shashmaqâm, with exclusively Uzbek-language poetic texts, and "Tajik" Shashmaqâm, with exclusively Tajik-language poetic texts. In both Uzbekistan and Tajikistan, the local version of the Shashmaqâm came to serve as an important symbol of national cultural identity.

From the liner notes by Ted Levin 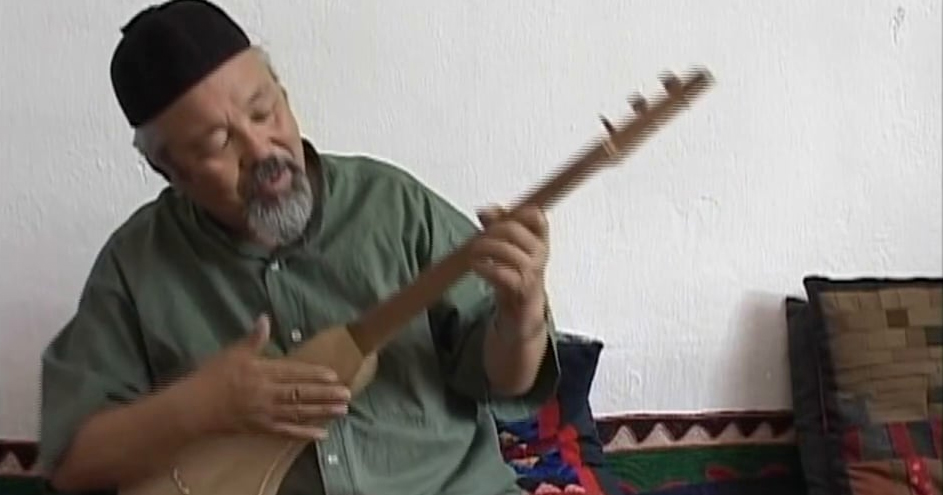 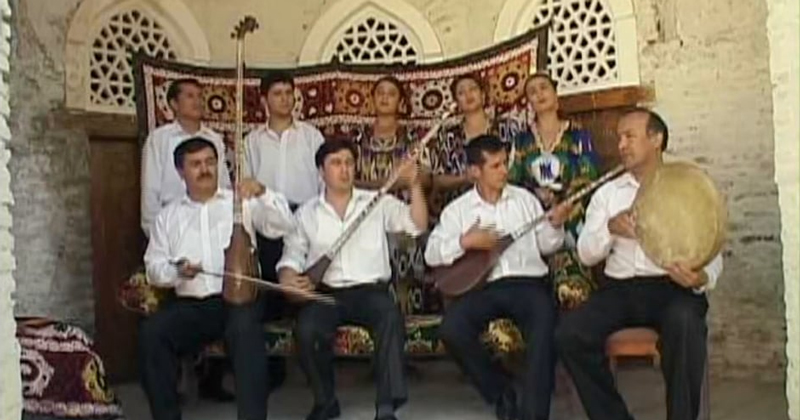 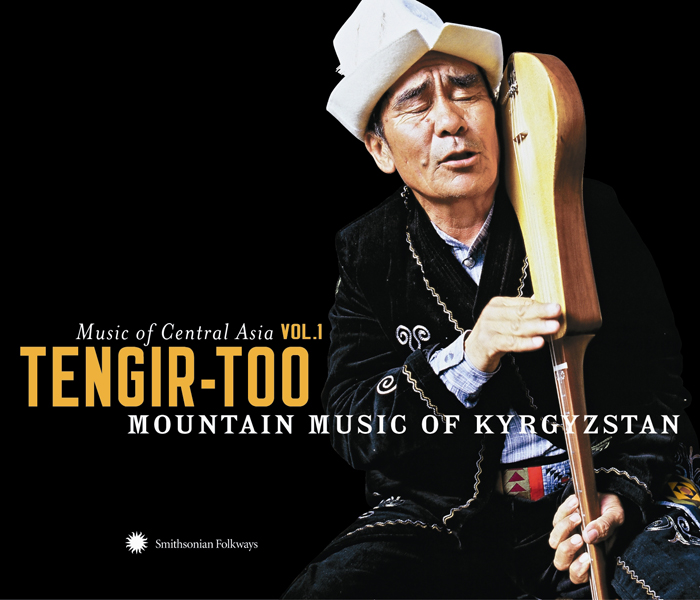 Invisible Face of the Beloved: Classical Music of the Tajiks and Uzbeks