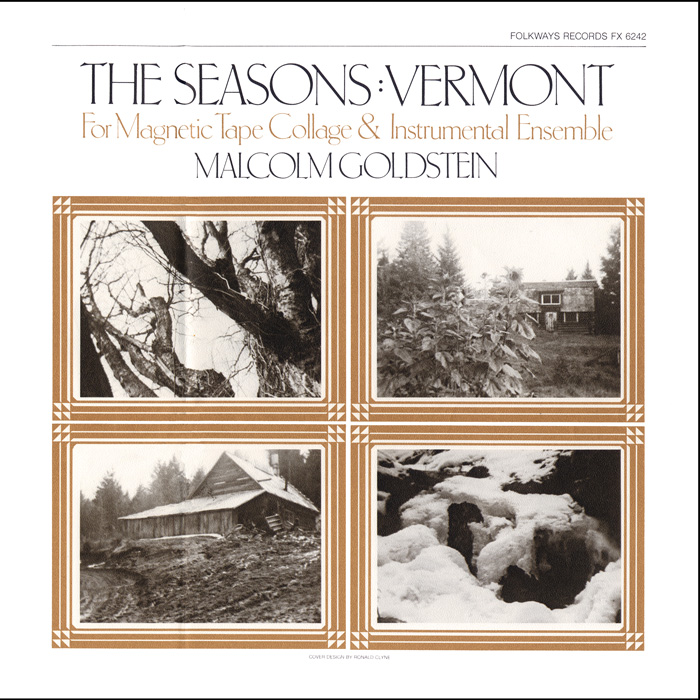 This 1983 recording is a four-part composition representing the four seasons in Vermont. Composed by Malcolm Goldstein, The Seasons features a collage of sounds of nature infused with live instrumental/vocal improvisation structures meant to “extend the sounds of the natural environment into the sound/space of human gesture.” Performers play instruments, their own bodies, and found objects such as stones, wood, and metal. Liner notes contain Goldstein’s detailed explanation of how and why he composed the piece, excerpts from the musical score, and performance credits.