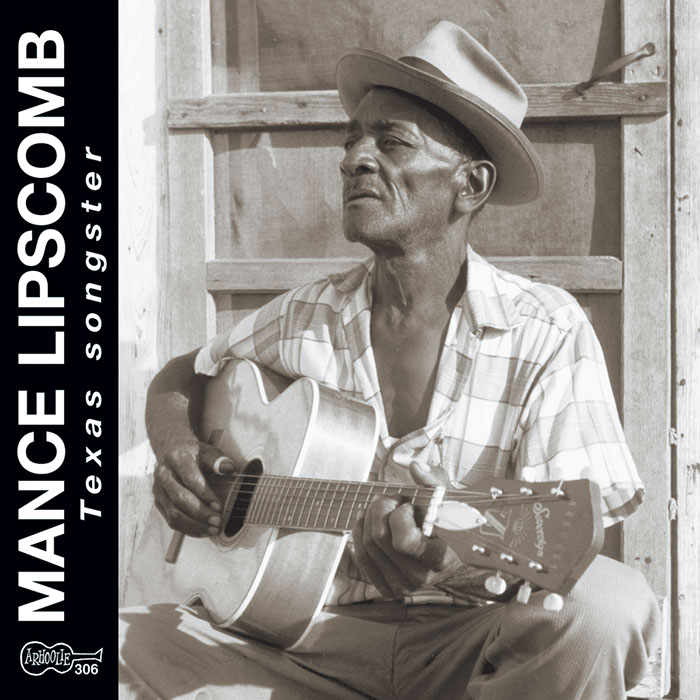 CD (Out of Stock)
Mance Lipscomb, the first musician recorded by Arhoolie founder Chris Strachwitz, considered himself to be a “songster” rather than a “blues singer.” A songster is roughly defined as a wandering musician of the type that first appeared in the late 19th century in the southern United States. It is fitting, therefore, that his first album was titled “Texas Songster.” Lipscomb’s repertoire covers the spectrum of old-time American folk music and includes his version of “Ella Speed,” “Sugar Babe,” “Going to Louisiana,” “Baby, Please Don’t Go,” and “Ain’t It Hard.”