Getting Along in Russian, Vol. 1 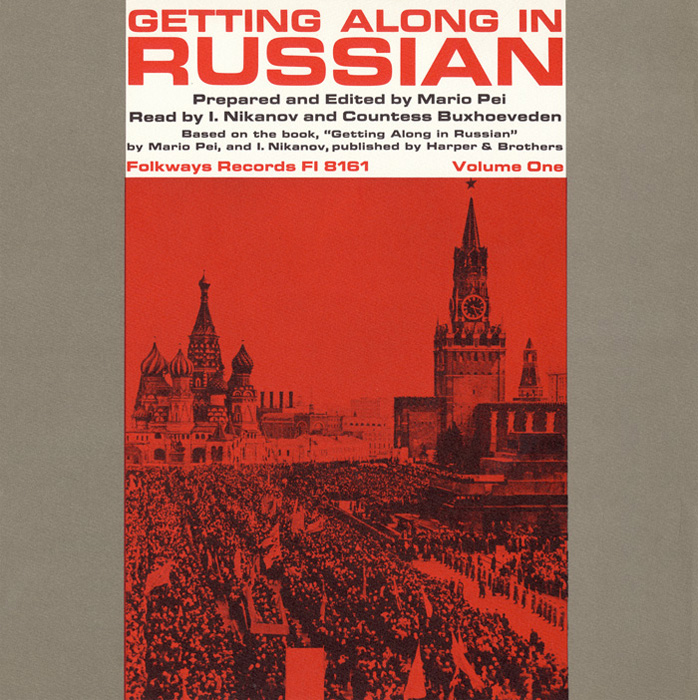 View Cart Custom CD $16.98
View Cart Digital Download $9.99
Linguist Mario Pei (1901 – 1978) was fluent in 5 languages (Italian, English, French, Greek, and Latin) and was capable of speaking in 30 languages. During his long teaching career, he wrote over 50 books; many of them on the subject of language. In 1959, he joined with Fedor I. Nikanov in writing the book “Getting Along in Russian.” The emphasis of the book was to aid American travelers in speaking Russian. In 1961, Folkways Records released a two volume set of recordings with Nikanov and Countess Buxhoeveden speaking phrases in Russian. Volume 1 focuses on entering the country, buying train and boat tickets, using taxis, and asking about places of interest to visit. The liner notes have the English phrase with the Russian pronunciation.