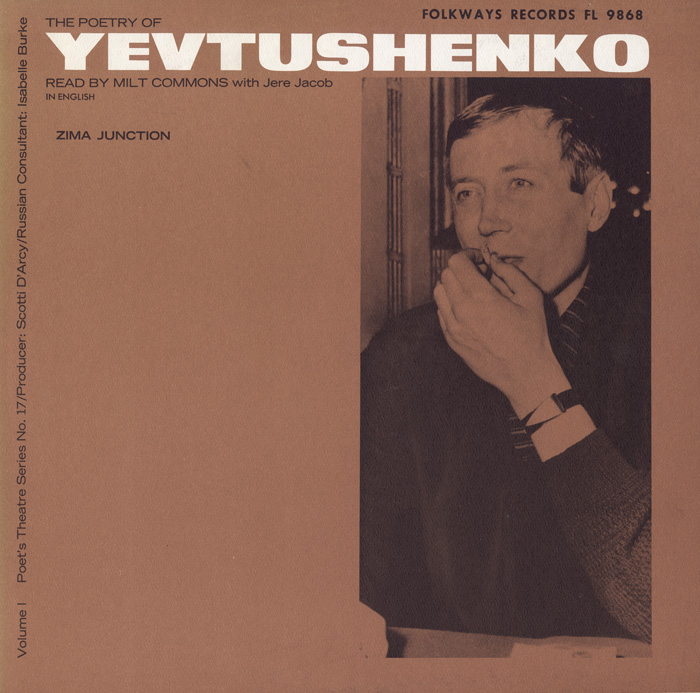 View Cart Custom CD $16.98
View Cart Digital Download $6.98
Born Yevgeny Aleksandrovich Gangnus in 1933, Yevtushenko (he took has mother’s name) is perhaps the best known Russian poet of the mid- and late 20th century. His most famous poem, “Babiyy Yar,” was a denunciation of the Soviet distortion of the historic facts surrounding the Nazi massacre of Jews in Ukraine in September 1941. This recording, the first of two volumes in the Folkways collection, features the reading in English of his autobiographical long-form poem “Zima Junction” (“Stancyia Zima”). Stage actor Milt Commons does the honors. The complete English text of the poem is included in the liner notes.