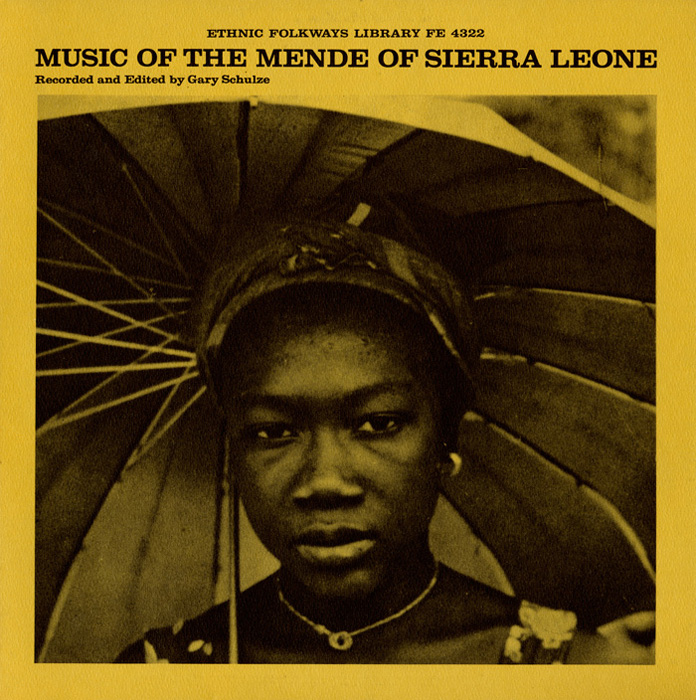 The Mende people are one of the two largest ethnic groups in Sierra Leone, a country on the west coast of Africa. The common singing form is solo with refrain, sung by both men and women. The main instruments providing rhythmic variation are kelei (slit-log drum), sangbei (single-skin drum), and segbure (rattle). Songs feature traditional themes of love, war, death, and religion. This collection derives from recordings in the Bo, Moyamba, Kenema, and Kaliahun Districts. Liner notes contain song descriptions, substantial cultural and historical information about the Mende, and illustrations.