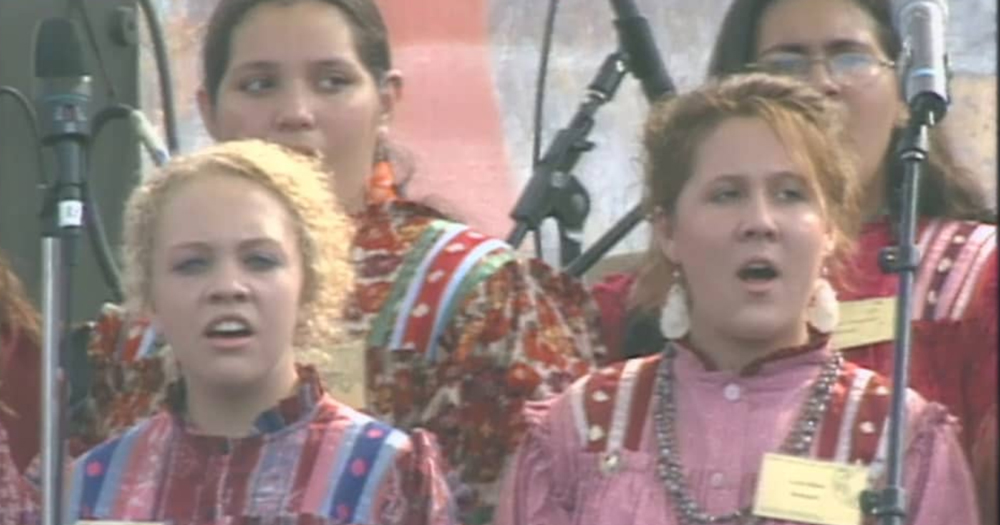 "Orphan Child" is a song of unknown origins but is believed to have been created on the Trail of Tears in the 1830s, when the Cherokee people were forcibly removed to the American West. The song has come to represent a source of comfort to the Cherokee. The National Cherokee Youth Choir, formed in 2000, is based in Tahlequah, Oklahoma and is composed of around 40 youth in grade five to eight from across the Cherokee Nation.