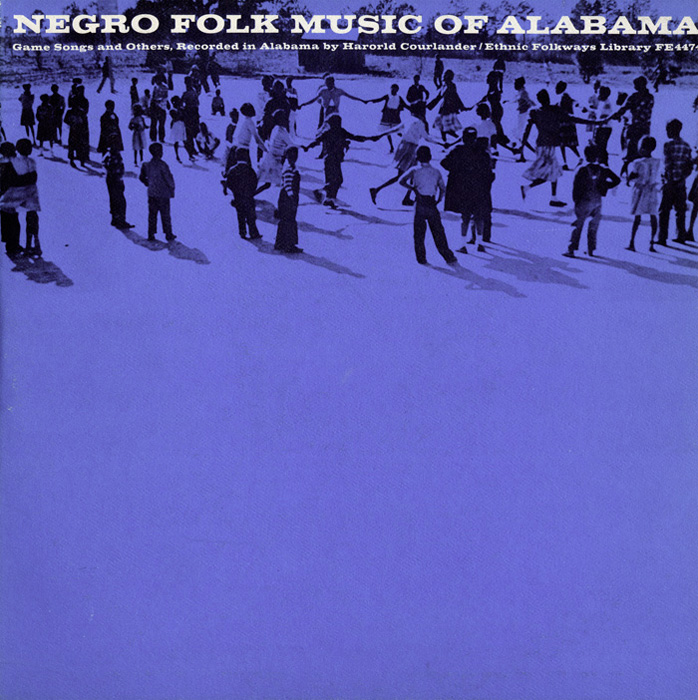 American folklorist Harold Courlander compiled this series (Negro Folk Music of Alabama) from recordings he made in rural Alabama in 1950. The album is an attempt to counter the stereotypes of black music that were popular in America during the middle of the 20th century. This sixth volume begins with ring and line games which were recorded at various rural Alabama schools. Ring games are played with children standing in a circle, often holding hands; the leader stands outside the circle performing some action. To get the idea, imagine “Duck, Duck, Goose.” (The identical ring game recordings are found on FW07004.) They are followed by miscellaneous children's songs, work songs, blues, hymns, and relatively modern gospel songs.

Liner notes written by Harold Courlander include directions on how to play various ring games.