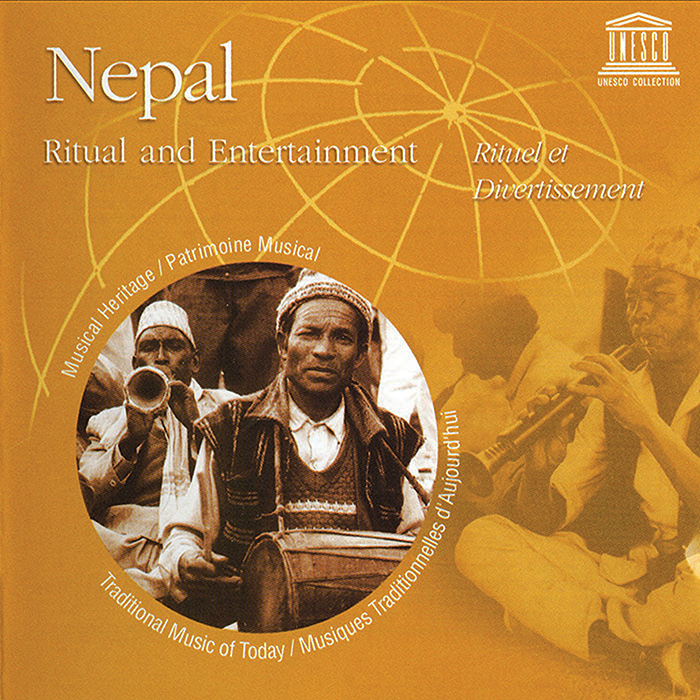 View Cart Custom CD $16.98
View Cart Digital Download $9.99
Situated between China and India in the Himalayans, Nepal contains eight of the world’s ten tallest mountains within its borders. Until the 18th century, the kingdom of Nepal was made up of several smaller kingdoms. In 1990 it became a parliamentary monarchy, and in 2007, a federal republic. Nepalese music is used in ritual and entertainment to signify events in the lunar calendar, the seasons, and agricultural cycles. While the music for dance repeats melodic and rhythmic patterns, the music for religious ceremonies often features free-flowing, improvised melodies. The liner notes provide information and detail on each song, plus a guide to Nepali pronunciation, a map of Nepal, and photos of musical instruments.