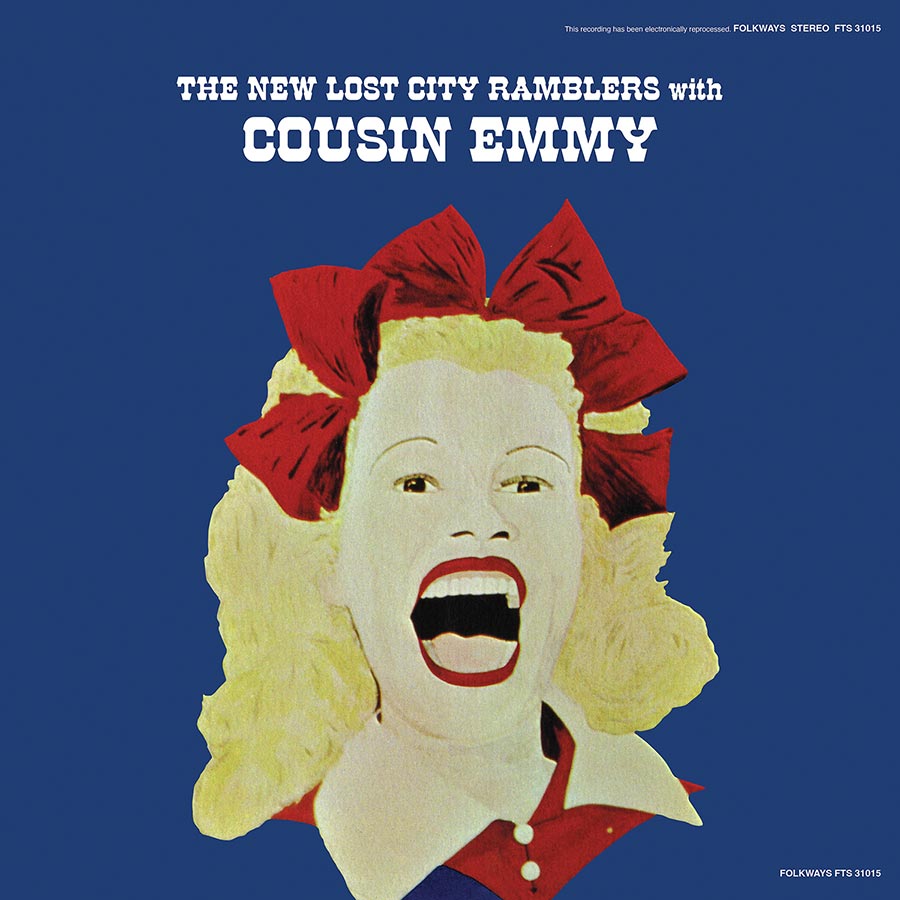 Cousin Emmy, born Cynthia May Carver (1903-1980) in Barren County, Kentucky, brought the old time banjo music of her roots to glitzier venues, where she donned sequined dresses to create a stage presence, all the while maintaining the integrity of her clear vocals and banjo frailing. It was at such a venue, at a “Country & Western Night performance” at the Disneyland Resort in 1961, that she happened to meet the New Lost City Ramblers, who accompany her on this album.

The quintessential music of Cousin Emmy can be heard on this album in the classic bluegrass played in the style of mountainous regions, sometimes very popular in the mountains of eastern Kentucky but rarely recorded, and in Emmy’s reinterpretations that became standalone classics themselves, such as " Ruby are you mad at your man?"