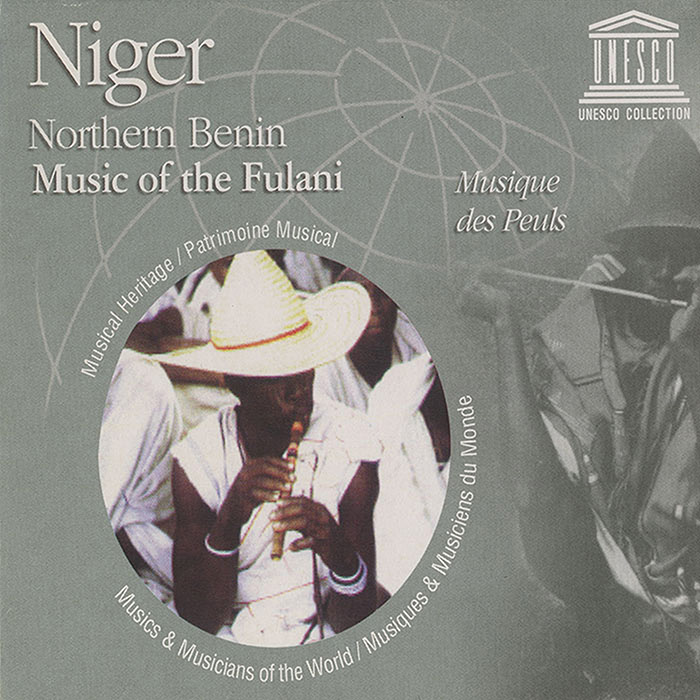 The Fulani are a very large, predominantly Muslim group of people living in communities scattered across Sub-Saharan Africa with the largest concentration in present-day Nigeria. Despite the distances between them and influences of their diverse local circumstances, the Fulani share a number of customs, with close similarities in language, crafts, and music.

According to ethnomusicologist Simha Arom, the role of music in Fulani society is one of art whose primary purpose is to give pleasure and provide entertainment. This collection of field recordings made by Arom presents the music of the Fulani living in Niger and Benin (formerly Dahomey). The musical instruments vary slightly between regions, but they are always portable; the Fulani are nomadic. A millet stalk flute and a calabash gourd is the most common instrumental pairing in their music; however, this album also contains examples of the lute, reed pipe, and Jew’s harp.