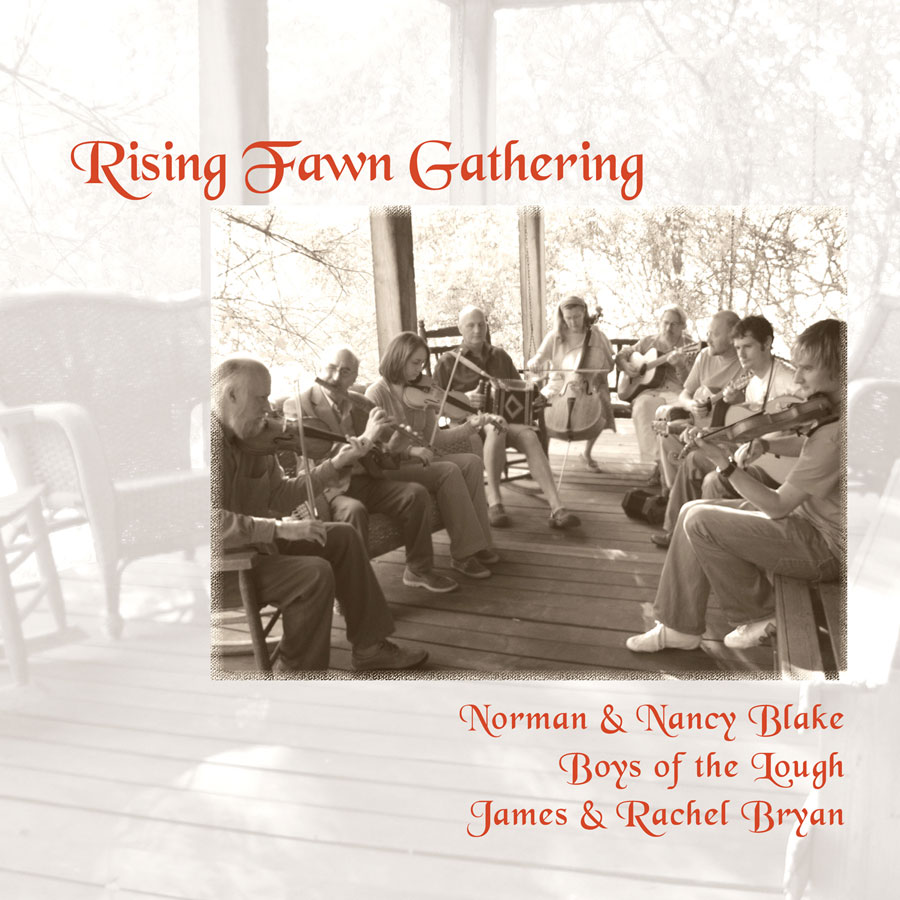 View Cart Digital Download $9.99
View Cart CD $14.98
Rising Fawn Gathering represents a cross-continental meeting of roots musicians in the small northwest Georgia town of Rising Fawn. Recorded at the home of seminal old-time musicians Norman and Nancy Blake, the album is a collaboration between the Blakes, James and Rachel Bryan, and the Edinburgh-based Celtic folk ensemble Boys of the Lough. Having first met each other in 1978 at the Winnipeg Folk Festival, the parties had hoped to record together throughout the years that followed. After nearly three decades of missed connections, they finally did—a “dream come true,” according to Norman Blake. The resulting twelve selections are a mix of old-time and Celtic songs, hornpipes, marches, and waltzes, performed in a way that seamlessly fuses the complementary aspects of either style, highlighting their shared origins and accentuating their beauty. Rising Fawn Gathering was originally released by the Western Jubilee Recording Company.