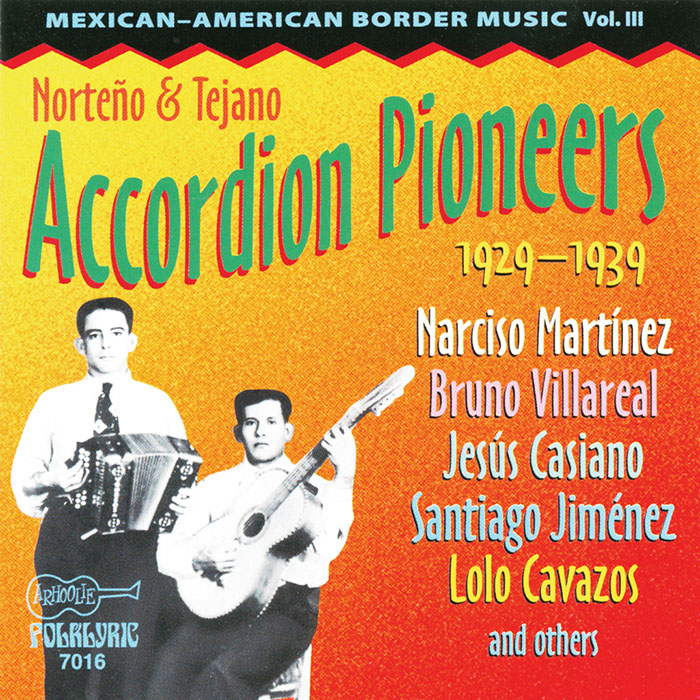 View Cart CD $14.98
View Cart Digital Download $9.99
The accordion has been an integral part of traditional Mexican folk music since its invention in the mid-19th century. In the early 20th century, the accordion was adopted by Tejano and Norteño folk musicians, raising the stature of the musical instrument in Mexican popular music. The accordion most closely associated with this music was the diatonic button accordion, usually the one- or two-row button style. This collection features recordings of early accordion pioneers including Narciso Martinez, Bruno Villareal and Jesús Casiano.