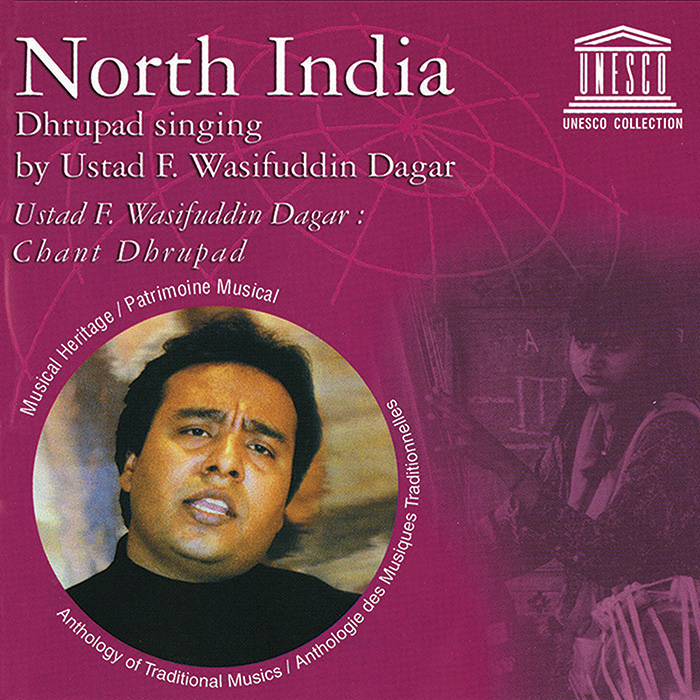 Dhrupad singing is regarded as the most ancient and rigorous form of classical vocal music in India. The term refers to both the musical form as a whole and to one of its three parts, composed of singing with percussion accompaniment. The other two parts are called dhamar, featuring the rhythmic pattern played on the pakhawaj drum,and alap, an unaccompanied vocal style that is free from language and set rhythmic requirements.

Ustad F. Wasifuddin Dagar is a member of the esteemed Dagar family and represents the 20th generation of an unbroken chain of dhrupad singers and veena players. Wasif is a renowned teacher and performer and helps carry on the familial tradition by organizing dhrupad festivals founded by his father and uncle in Delhi and Jaipur. He has made several concert tours of North America, including performances at the Smithsonian Institution and Harvard University.