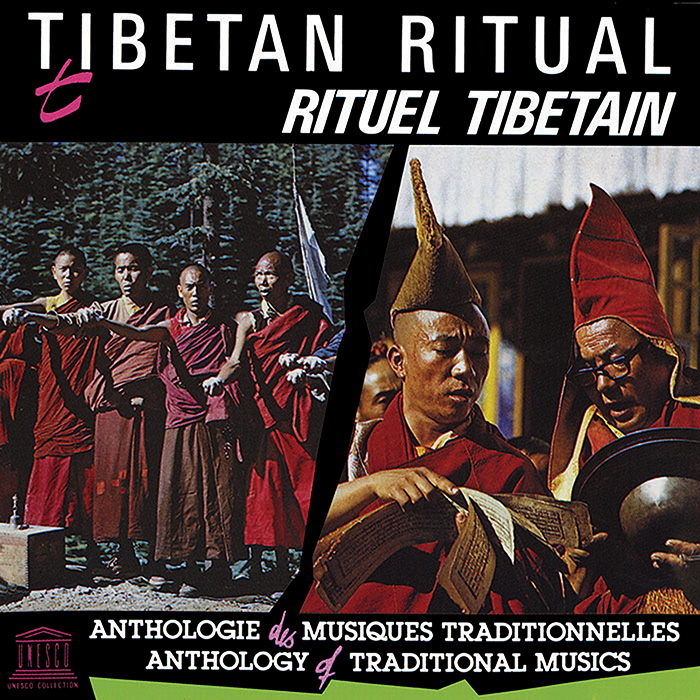 This recording presents in its entirety the “Invocation to the Goddess Yeshiki Mamo,” performed by Buddhist monks (lamas) from the Nyingmapa Monastery of Dehra Dun in India with the authorization of the private secretariat of the Dalai Lama. The monks, who represent one of the oldest Buddhist sects to be established in Tibet in the 8th century, are trained to produce vocal sounds at a very low pitch, believing the disembodied sounds to be the nearest to the divine. The liner notes provide a brief overview of the ritual to the goddess Yeshiki Mamo.