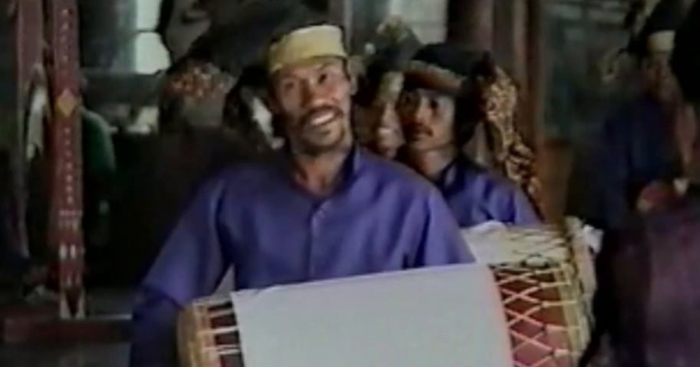 Pakarena is a traditional court dance of the Makassar region of South Sulawesi, Indonesia. In the 20th century, the dance moved out of the court to became a popular form of entertainment. It is now still occasionally performed at a variety of ceremonies including marriages, curing rituals, and circumcisions. In pakarena, energetic, even frenetic drumming accompanies the extremely slow and graceful dance movements of young women. In this pakarena, two-headed drums (gandrang) and a double-reed oboe (puik-puik) accompany two dancers.