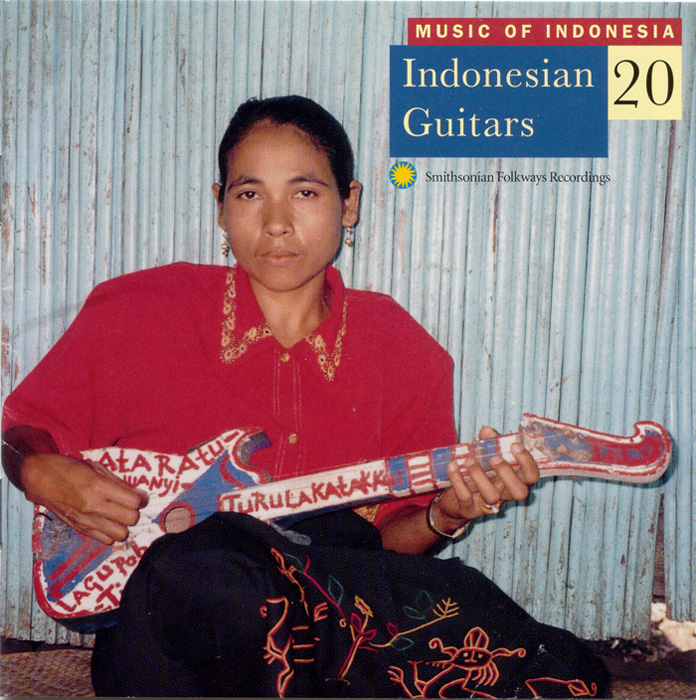 Guitars are everywhere in Indonesia. Most Indonesian guitars are the standard acoustic instrument: a waisted flat body,a wooden soundboard, a long fretted neck, and six strings. Urban popular music may also use electric rock guitars and Hawaiian guitars. In some rural areas of eastern Indonesia, homemade instruments may be of crude construction, without frets and with only four strings, but if they approximate the size and waisted shape of the standard guitar, we consider them guitars for our purposes. Guitars occur in a small number of genres of Indonesian music, but they are prominent nevertheless, since some of the genres in which they figure—pop, dangdut, kroncong—are known throughout the country. They are used only in entertainment music and what we may call religious popular music. Their most common use is to accompany informal singing of popular songs, church songs in Christian communities, and regional or national folksongs (lagu rakyat). These are taught in school or are generally known, but they are not perceived as originating in commercial popular music. (Yampolsky 1999)