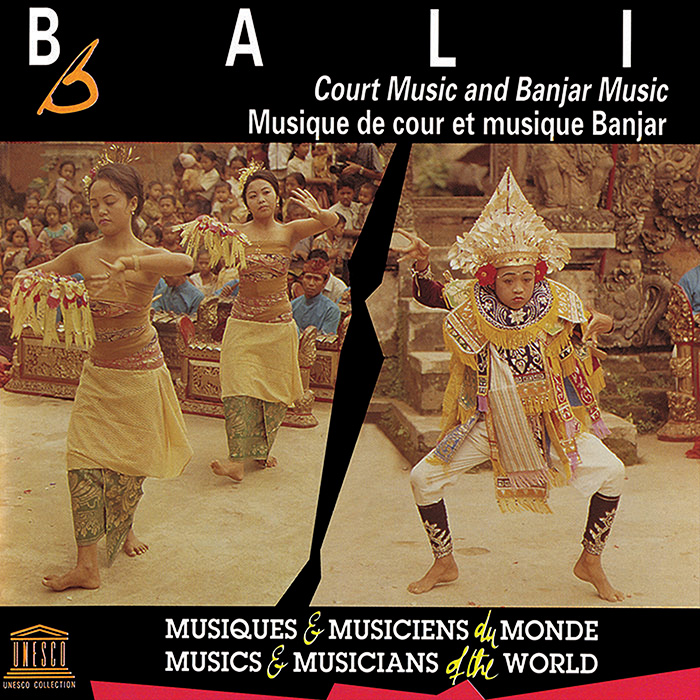 The Indonesian island of Bali is so small and densely populated that there has long been a complex system of cooperation among banjar, community groups within a village. Every family member shares duties in the household, every community member shares duties in the village, and every musician shares duties in creating a song. In the same way neighboring rice farmers have coordinated alternating watering patterns for maximum production, Balinese courtmusicians have developed interlocking melodies for maximum expression.

The gamelan ensembles heard here—consisting of bronze gongs and metallophones, bamboo flutes, and hand drums—are played in the kebyar (“lightning”) style, at times so fast that it would be physically impossible without cooperation between paired players. The resulting music culls harmony from seeming chaos. The liner notes explain this phenomenon, as well as a brief history of Balinese musical tradition.