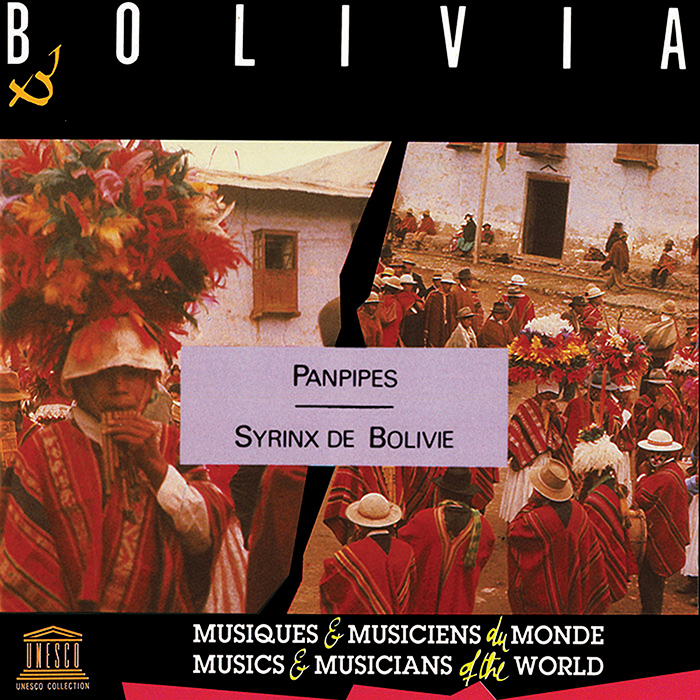 View Cart Custom CD $16.98
View Cart Digital Download $9.99
French ethnographer Louis Girault recorded this album between 1955 and 1973, often transporting his heavy recording equipment by wheelbarrow or mule. His field recordings were made in the Quechua-speaking communities of the Charazani region and the Aymara-speaking communities of Altiplano, in the province of La Paz. The album contains pre-Columbian songs and dances, including several examples no longer performed today. Archaeological evidence shows that panpipes (antaras and sikus) were not only used in the Andes hundreds of years before the Inca Empire, but were made from a variety of material: reed, stone, ceramic, wood, or even metal. They were often played in complementary pairs of three or four different sizes. The largest siku in an ensemble is called tayca irpa, “the grandmother who leads.” The ensemble playing the final song on this album, “Kacharpaya,” is comprised of 18 sikus and five phuthukas (drums). It is performed to wish a visitor well on their journey home and a swift return.