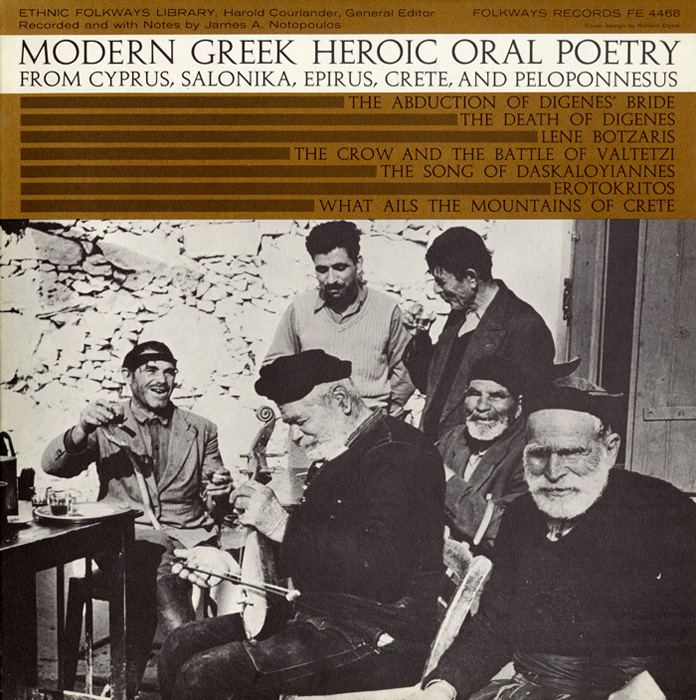 View Cart Custom CD $16.98
View Cart Digital Download $9.99
The tradition of heroic oral poetry begun by Homer (9th or 8th century BC?) continued into the 20th century in parts of Greece and Cyprus. The classic tales of battles and tragedies passed down from father to son since antiquity were recorded in the 1950s in a series of field recordings by James Notopoulos. The singers of these songs are mostly illiterate shepherds or farmers who learned the art of singing heroic tales from their fathers. The liner notes discuss the important role that oral tradition plays in village life and includes lyrics in Greek and English and summaries of each poem.