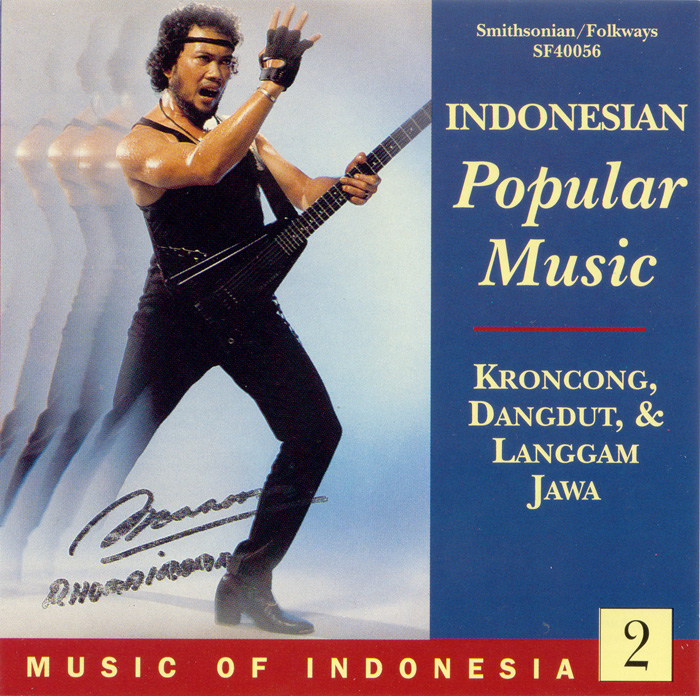 View Cart CD $14.98
Kroncongand dangdut are two quite different Indonesian popular music genres that emerged in the capital city, Jakarta. Both styles of music are now "national" musics, sung in the lingua franca, Indonesian, and aimed at all Indonesians regardless of ethnic or regional affiliations. Both rely on Western and other foreign instruments including the violin, cello, flute, banjo, ukulele, and electric guitar, and their musical idioms are basically foreign. Ethnomusicologist Philip Yampolsky's compilation of live and studio recordings of some of the stars of each tradition is an excellent introduction to these popular music styles. Kroncong has its roots in Portuguese songs and instruments. It developed among the poor Eurasians of the late ninetheenth- and early twentieth-century Dutch colonial era in what was then Batavia. The basic accompanying instrument is the kroncong, similar to the ukulele. The emphasis was originally less on the music than the improvised verse form, pantun, which spawned competitions. When kroncong was later taken up by the popular theater and the recording industry, the improvised pantun gave way to fixed lyrics, and the element of competition dropped away. The modern idiom and instrumentation of kroncong were fixed by the late 1930s, and by 1940s and 1950s—a time of war and revolution—the themes of love gave way to patriotism and revolution. Today kroncong is popular mostly amongst the generation now in their 50s and 60s that experienced the fight for Indonesian independence.

Dangdut developed among the lower class Javanese pribumi, "natives," during the 1960s. It mixes Indian film music, American and British rock, and touches of Middle-Eastern pop. Dangdut has become a dance music, reaching across class to the male youth audience.

Note: Due to licensing restrictions tracks 1 through 5 are not available for download, CD only.