Headlines and Footnotes: A Collection of Topical Songs 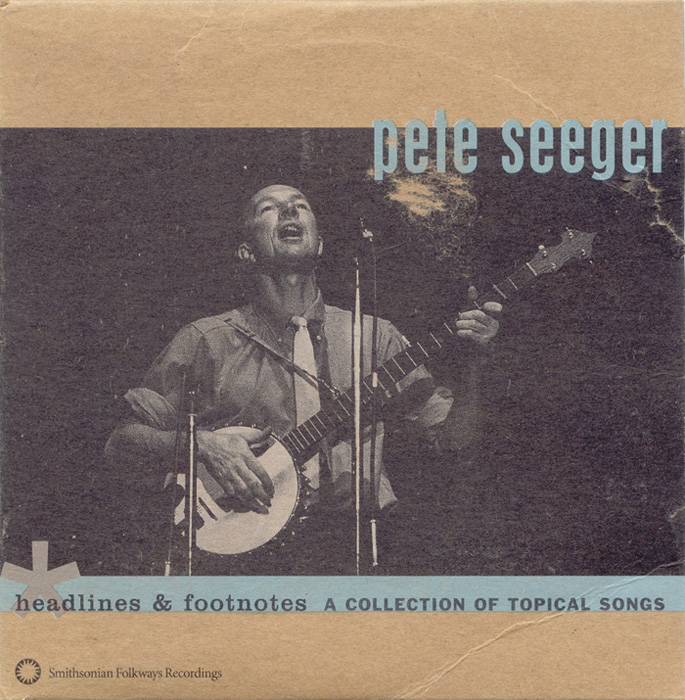 View Cart CD $14.98
View Cart Digital Download $9.99
For nearly 60 years Pete Seeger, with his banjo and 12-string guitar, has made music which inspires people to improve their lives and world. Selections on this anthology, culled from the hundreds Seeger recorded for Folkways Records between 1955 and 1999, include concert and studio recordings about prominent events and themes of the twentieth century: the Spanish Civil War, union organizing, and the civil rights and antiwar movements. Eleven previously unreleased tracks (one recorded in 1999). 74 minutes.