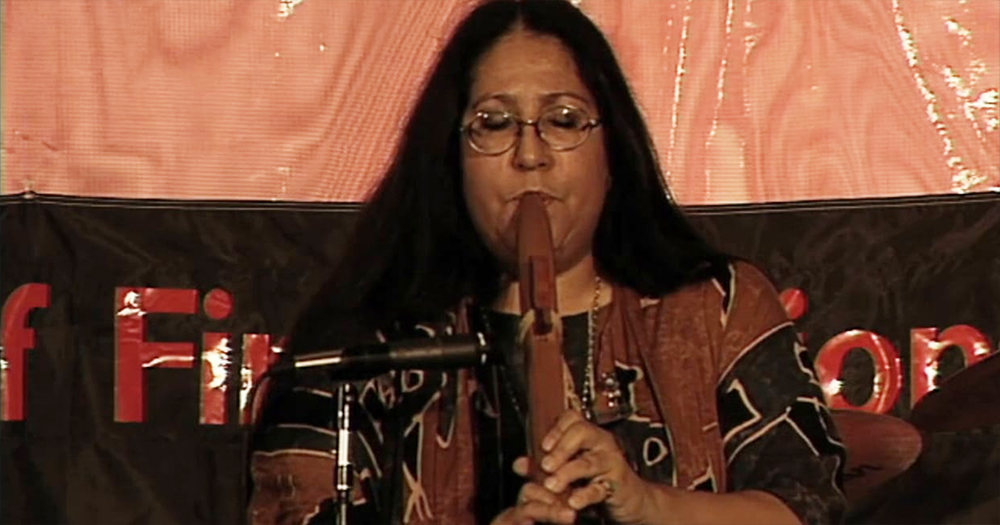 Achugash Aleut and Seminole, Mary Youngblood was raised in Seattle and now lives in Sacramento, California. She is active in the American Indian community there, working with the Urban Indian Health Project and the American Indian Women's Talking Circle. Trained in guitar, piano, voice, and flute, she is also a songwriter and poet; music has played a pivotal role in her life. She began playing the Plains–style cedar and redwood flute in 1993, taking up an instrument played until the last several years primarily by men. Here she performs "Tears for Kientepoos" at a 1998 concert honoring American Indian women.