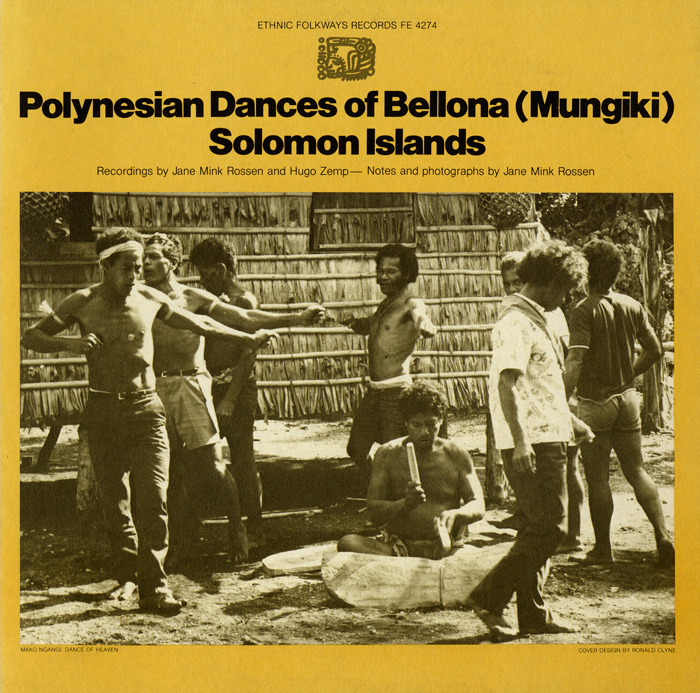 Recorded in 1974 in Honiara, the capital of the Solomon Islands, Polynesian Dances of Bellona (Mungiki) chronicles a renaissance of ceremonial songs and dances that were banned by Christian missionaries in the 1940s. Included are historic dances such as the suahongi, which is performed after a ritual distribution ceremony (manga’e) in which men share the surplus harvest from fishing and gardening with the rest of the village. Songs are carefully structured and often feature call and response, speech–song, and complex vocal rhythms. Liner notes include a brief history of the island of Bellona and its music as well as track notes.