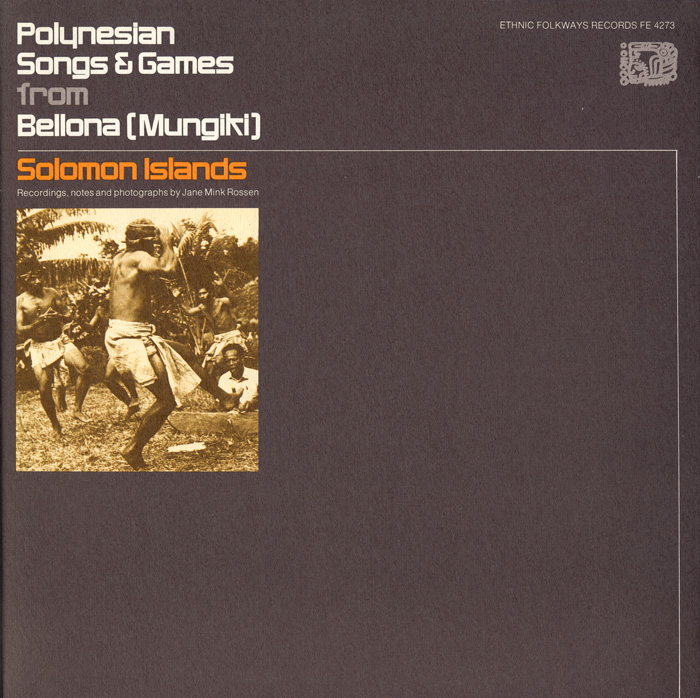 Recorded in 1976, Polynesian Songs and Games features songs from Bellona, a small island south of the Solomon Island chain. The music of Bellona favors vocal arrangements accompanied by the sparse percussive rhythms of sounding boardings and clapping. According to field recordist Jane Mink Rossen, “Although the musical materials are limited, they are used to great effect through constant variation within a song, implemented by individual improvisation.” Liner notes include an overview of the music of Bellona, track notes, translated lyrics, and photographs.