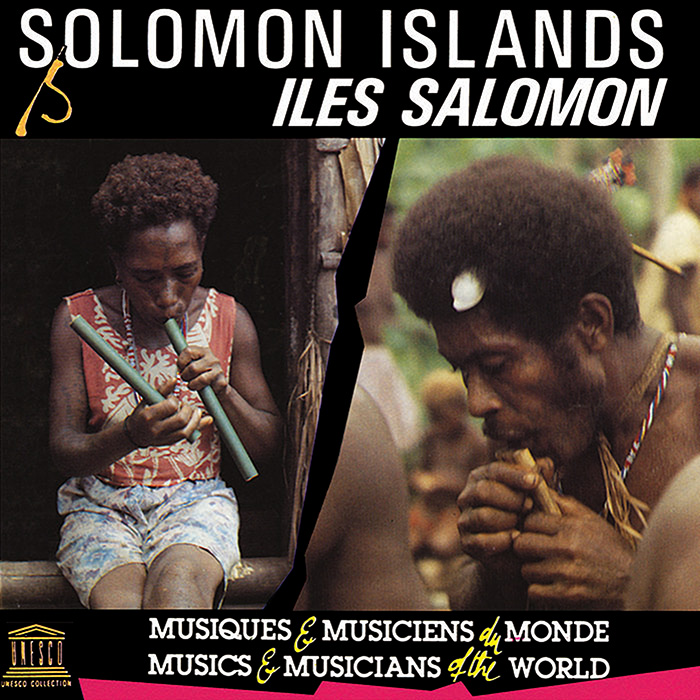 View Cart Custom CD $16.98
View Cart Digital Download $9.99
Malaita, the most densely populated of the Solomon Islands, is located about 1,200 miles off the northeast coast of Australia. The island is home to the Fataleka and Baegu peoples, whose music is influenced by the traditional religious beliefs that were practiced before their conversion to Christianity in the 19th century.

This album showcases the varied contexts in which these groups use the ubiquitous bamboo bundle panpipe (susuku). The songs of the maome (funeral rituals) weave together panpipes with clapping sticks and a choir singing with closed mouths in polyphonic harmonies. In other ceremonial songs, dancers become musicians with rattles on their ankles, stomping the ground to create a striking beat. Women play a prominent role on the album singing and playing a two-string bamboo bow. In 1992, French electronica duo Deep Forest heavily sampled “Rorogwela” (track 8) in their hit song “Sweet Lullaby.”