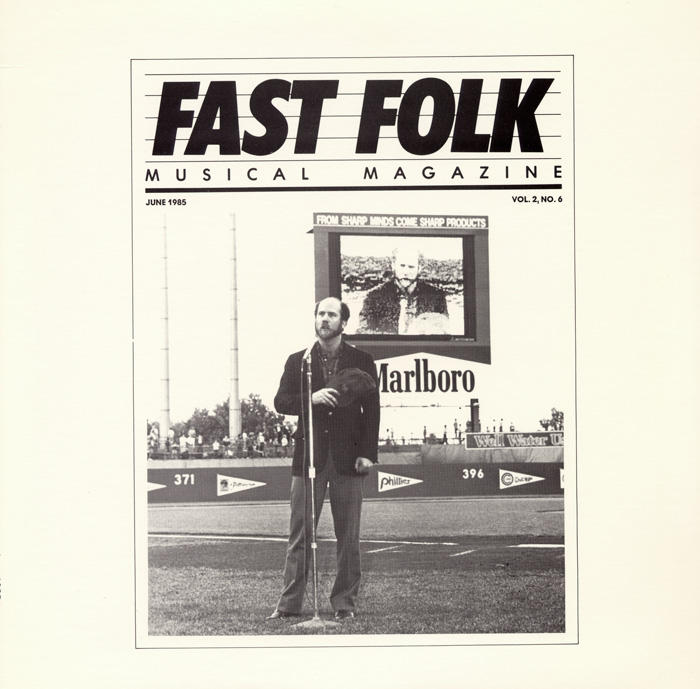 This edition of Fast Folk Musical Magazine is an eclectic assortment of songs about love, baseball, Philadelphia, the joys of country living (“Nixon was Nixon was Nixon, and a toke was a toke was a toke”), and a cockroach named Mahatma Gandhi. The recording includes Willie Nininger singing “The Star-Spangled Banner” at Shea Stadium before the start of a Major League baseball game. This segues into Christine Lavin singing “Ballad of a Ballgame,” a song about playing baseball as a child. A 24-page copy of the magazine is included.