Sun is Going Down 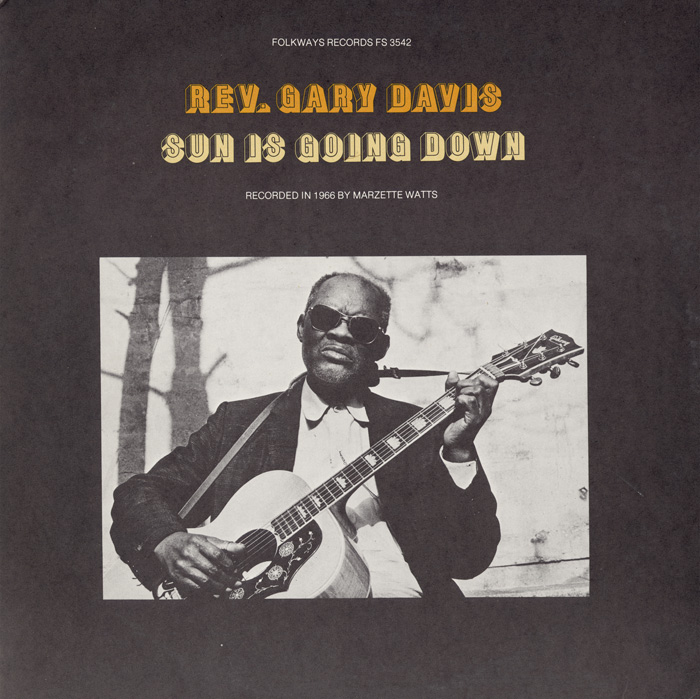 The blind folk, gospel and blues musician made it to New York from South Carolina and made a name for himself as the "Harlem Street Singer." A Baptist minister and a teacher, Gary Davis was also an accomplished and influential vocalist, guitarist, and harmonica player. He was seventy years old at the time of this recording. "We Are the Heavenly Father’s Children" is remastered and re-released on If I Had My Way: Early Home Recordings(SFW40123).