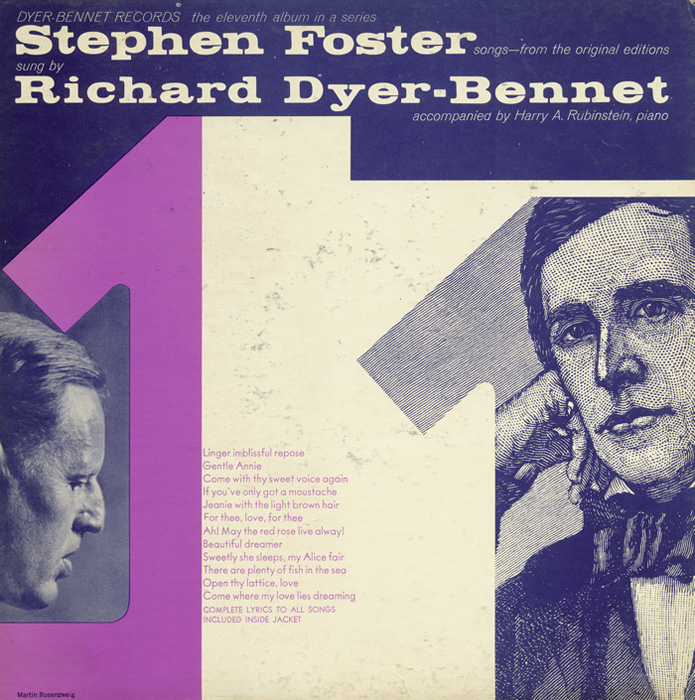 Richard Dyer-Bennet (1913–1991) played a major role in the folk music revival of the 1950s and 1960s. He founded his own record label in 1955 in order to maintain artistic control over the sound quality, repertory, and style of his performances. (For an extended biography of Dyer-Bennet, written by his daughter, Bonnie, see the liner notes for SFW40078.)

Stephen Foster, probably the best-remembered composer of popular song in the 19th century, managed to compose 188 songs in his brief 37 years, many of which have become American standards. Dyer-Bennet finds himself drawn to 12 pieces suggestive of "languorous airs of nostalgia, sad remembrance and idyllic love."

Liner notes include a biography of Stephen Foster, and information about each song.