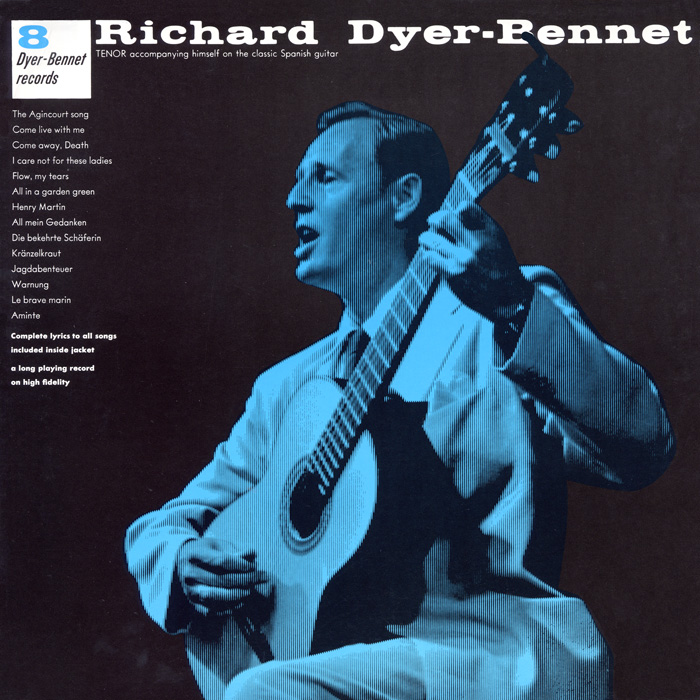 Richard Dyer-Bennet (1913–1991) played a major role in the folk music revival of the 1950s and 1960's. He founded his own record label in 1955 in order to maintain artistic control over the sound quality, repertory, and style of his performances. His meticulously cultivated vocal and guitar styles, high tenor range, and studied delivery of poetic text attracted adoring audiences across North America and Europe. (For an extended biography of Dyer-Bennet, written by his daughter, Bonnie, see the liner notes for SFW40078.)

This recording presents Dyer-Bennet's interpretive minstrelsy in a program of folk and art songs from England, Germany, and France.

The liner notes provide extensive information on most of the songs. Complete lyrics and translations are included.