I'm the Boss Card In Your Hand 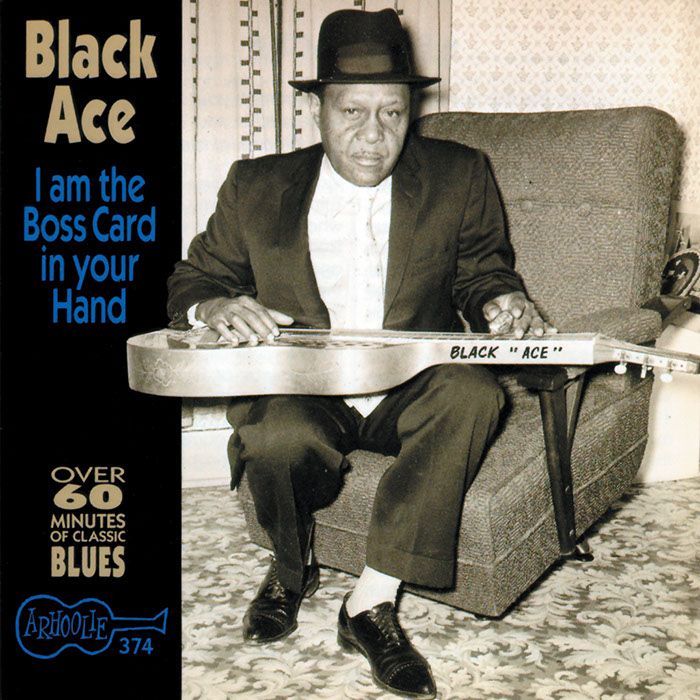 Black Ace was a stage name frequently used by Texas blues musician Babe Kyro Lemon (B.K.) Turner (1905 – 1972). He acquired his nickname after recording “Black Ace Blues” in 1937. He achieved his unique musical style by laying a steel Hawaiian guitar flat on his knees and playing it with a bottle-neck. This collection contains two sessions recorded during August and September 1960 and six tracks recorded in 1937 including the original “Black Ace.”