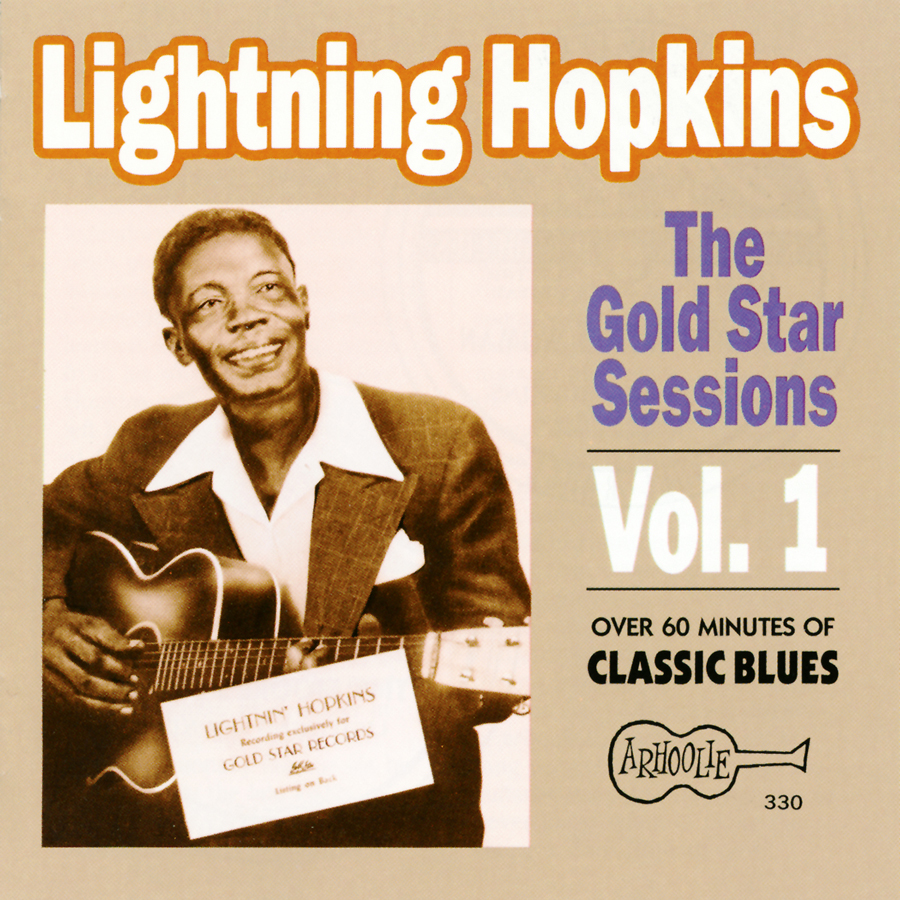 View Cart Digital Download $9.99
CD (Out of Stock)
Bluesman Sam “Lightnin’” Hopkins recorded a number of songs for Gold Star Records in Houston, TX between 1947 and 1950. The recordings were eventually licensed to Arhoolie Records for re-release in 1990. According to one source, Hopkins acquired his nickname based in part on his lightning fast finger work on his guitar and that the piano player on one of his early recording sessions was nicknamed “Thunder.” This collection includes his version of Mance Lipscomb’s classic protest song “Tom Moore’s Farm” (titled “Tim Moore’s Song” to avoid possible legal issues with the real Tom Moore).