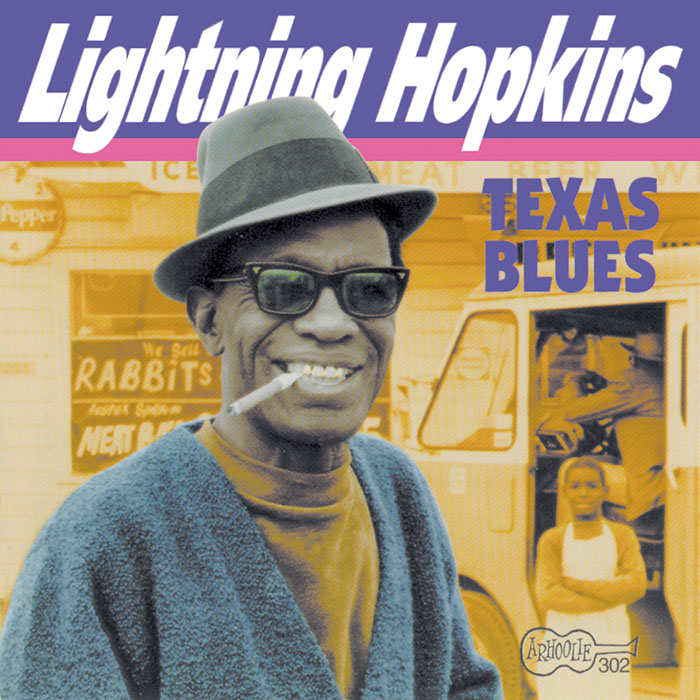 View Cart Digital Download $9.99
CD (Out of Stock)
This collection of 16 recordings captures the spontaneity and raw emotionality of blues singer Lightnin’ Hopkins. Recorded throughout the 1960s, as Lightnin’ was beginning to gain national recognition, the music stays true to his characteristic style of improvisation and Texas country blues. Underscored by sparse guitar, bass, and drums, the songs—many of which were written in the span of time it took to play them—act as a snapshot in time, capturing the passing thoughts and emotions of an American blues legend. Before recording the tune “Slavery Time,” Hopkins stated, “You better catch this one.” Liner notes include a forward by Arhoolie records founder, Chris Strachwitz.