When A Man Takes The Blues 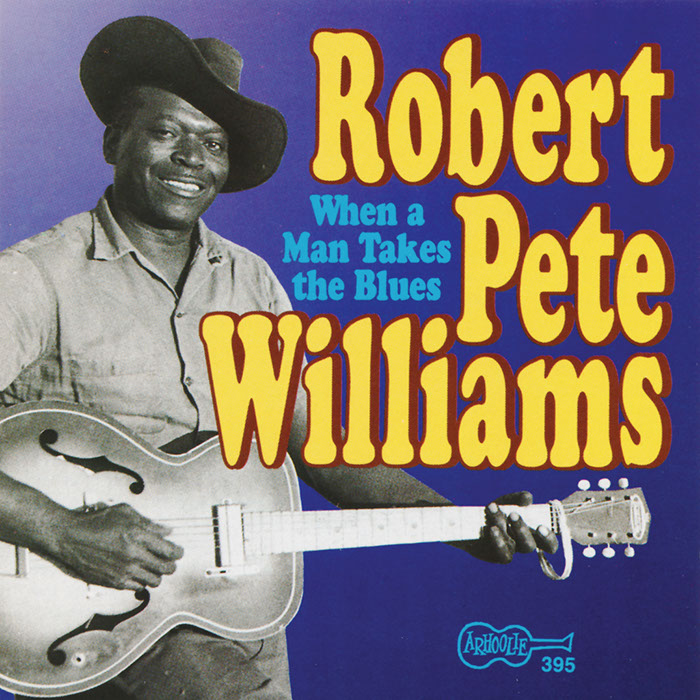 View Cart Digital Download $9.99
View Cart CD $14.98
“The blues follows me. I hear the echo in the atmosphere, kind of moanin’ and hummin’. I can come back and take my guitar, and I can put them blues together.” A talented musician, Robert Pete Williams produced his best work when he was living the blues, rather than just singing them. Singing rural and prison blues, his unpredictable, often improvised rhythmic guitar style earned him popularity and respect, but never wealth or fame. Williams recounts his arrest that led to his time in Angola prison on track 14. Vol. 1 - I’m As Blue As a Man Can Be (ARH00394) is the companion recording to this album.