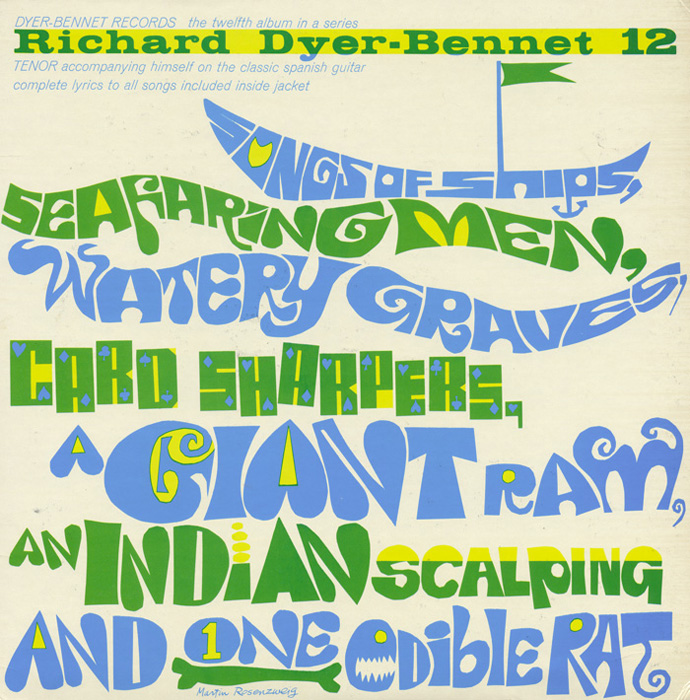 This wide-ranging recording includes "songs about ships, seafaring men, watery graves, card sharpers, a giant ram, an Indian scalping, and one edible rat." Richard Dyer-Bennet (1913–1991) played a major role in the folk music revival of the 1950s and '60s. He founded his own record label in 1955 in order to maintain artistic control over the sound quality, repertory, and style of his performances. His meticulously cultivated vocal and guitar styles, high tenor range, and studied delivery of poetic text attracted adoring audiences across North America and Europe. For an extended biography of Dyer-Bennet, written by his daughter, Bonnie, see the liner notes for SFW40078. Liner notes provide detailed information about each song.