Times Are Gonna Get Harder 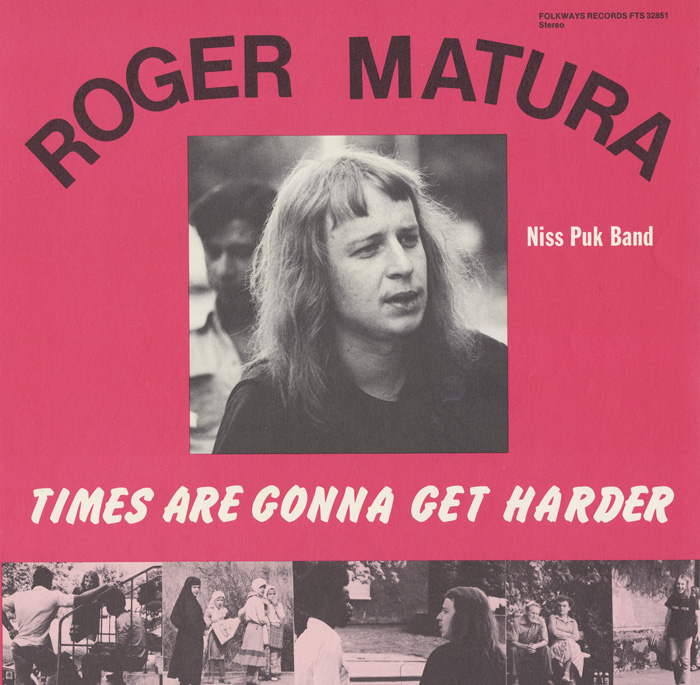 View Cart Custom CD $16.98
View Cart Digital Download $9.99
German born singer-songwriter Roger Matura performs a collection of original folk songs on his second album for Folkways Records. The album explores a number of social and political themes ranging from protest songs (“End of the Rainbow”), a prayer for world peace, and “Advocate of the Poor,” which criticizes the wealthy’s exploitation of the less fortunate. Also included is “Thinkin’ about a Distant Friend in the Night,” a tribute to a friend of Matura’s who died of cancer at a relatively young age. The Niss Puk Band adds a jazzy horn driven soundtrack to the music. The recording was co-produced by Matura and Moses Asch. An introduction written by Christine Muller and the tracks’ lyrics are included in the liner notes.