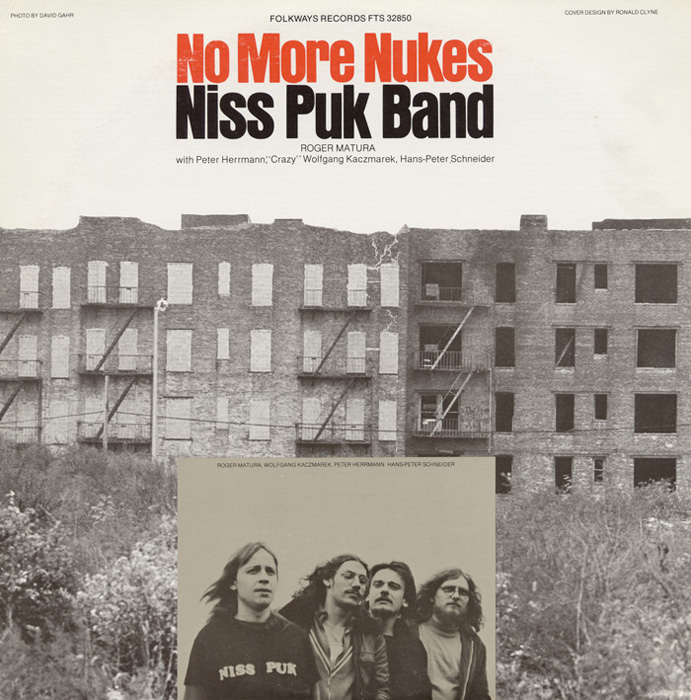 Roger Matura and the Niss Puk Band’s 1979 debut for Folkways showcases their self-described “Folk-music mixed up with Rock and Jazz-elements.” Hailing from the industrial region of Essen, Germany, the group arrived in the late 1970s in Greenwich Village, the stomping grounds of their folk idols Pete Seeger, Woody Guthrie, Phil Ochs, and Bob Dylan. Their brand of “New Folk” found a warm reception they had not experienced in Germany. The themes of their music range from scenes of urban grittiness and homelessness to political uprisings, environmental disasters, and the romantic but hard-traveling life of an itinerant musician. Their instrumentation draws from American folk genres, their lyrics have a rock styling, and their arrangements stem from a jazz ethos.