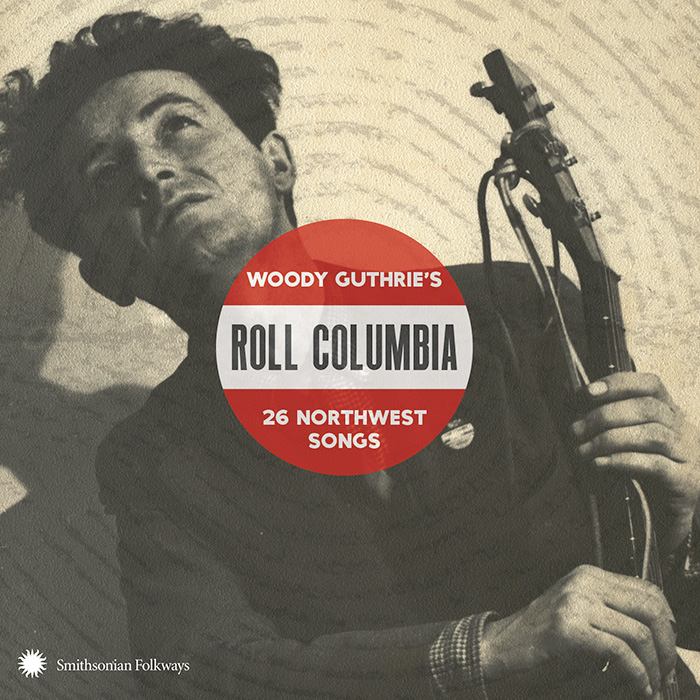 Roll Columbia: Woody Guthrie’s 26 Northwest Songs is a trove of new discoveries, and a celebration of Guthrie’s genius and lasting contributions to both the history and musical traditions of the Pacific Northwest. In 1941, the Bonneville Power Administration commissioned Guthrie to write songs to help promote to the public the construction of dams along the Columbia River. 75 years later, present-day artists with ties to the Pacific Northwest who have been influenced by this fruitful time in Guthrie’s career have gathered together to record their own interpretations. Roll Columbia is the first and only complete collection of these 26 songs, including nine that had never before been recorded, such as “Eleckatricity and All” and “Portland Town to Klamath Falls,” as well as classic Guthrie tunes “Pastures of Plenty” and “Hard Travelin’.” 2 discs, 104 minutes, 44-page booklet.