Songs and Dances of Armenia 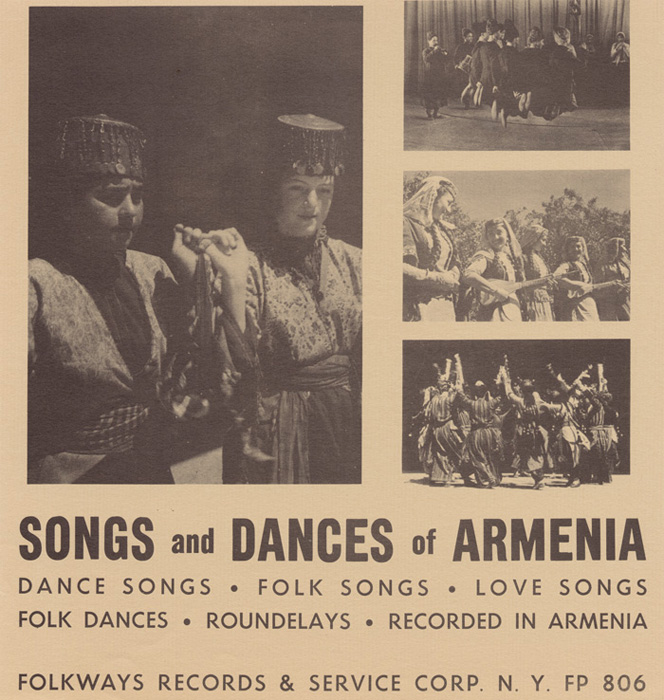 View Cart Custom CD $16.98
View Cart Digital Download $7.92
Songs and Dances of Armenia is a collection of Armenian folk songs, love songs, and folk dances recorded in Armenia for Folkways Records and originally released in 1952. Several different artists and ensembles perform; the dances feature some call-and-response lines and other vocal parts to sing along. The music is played using traditional Armenian instruments like the tar, saz, and kemancha. The liner notes include the Armenian lyrics, transliterated lyrics, and English translations.