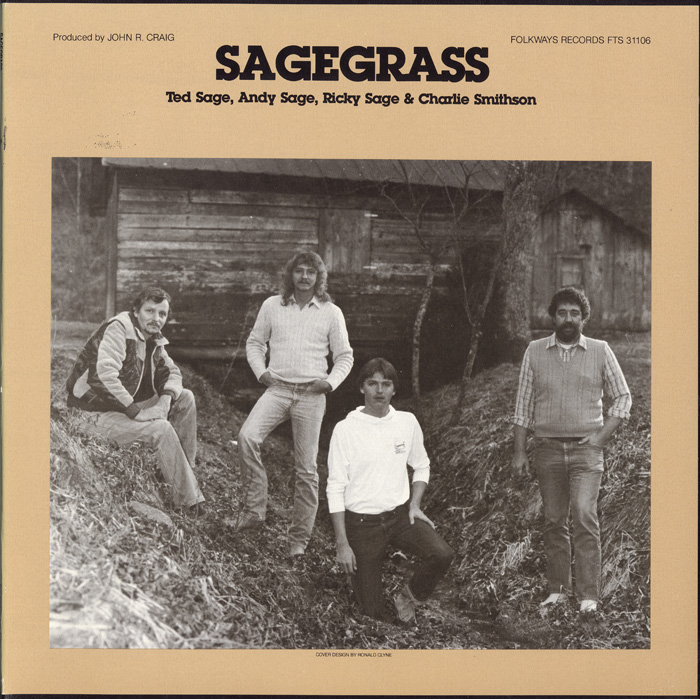 Brothers Ted, Andy, and Ricky Sage, along with friend Charlie Smithson, released their eponymous album Sagegrass in 1985. Influenced by old-time and traditional bluegrass musicians, Sagegrass backs its family-style, three-part harmonies with banjo, mandolin, and string bass. Many of the tracks selected for the album were learned from the recordings of Bill Monroe, The Stanley Brothers, and The Country Gentlemen. Not only does this collection honor the bluegrass greats, it also reflects the different styles of bluegrass, including country-inspired tunes such as “Leaving’s Heavy on My Mind.”