Songs of All Times 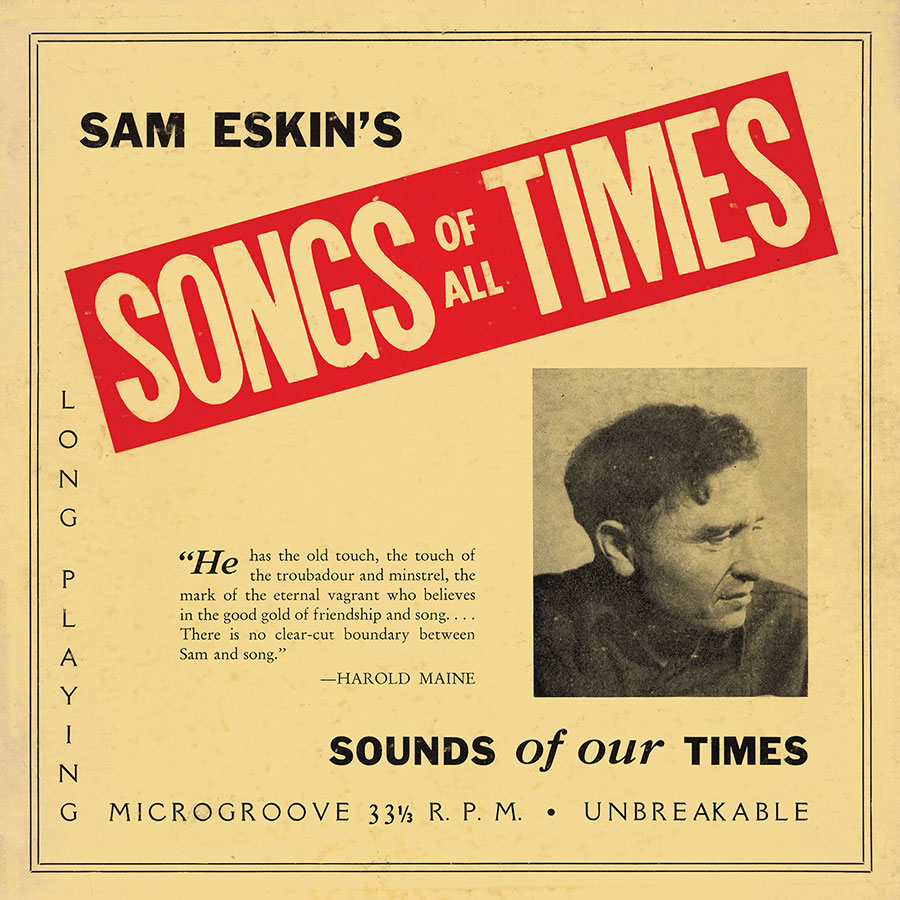 Ethnomusicologist Sam Eskin (1898-1974) traveled widely collecting and recording folk music. He was primarily interested in gathering and preserving all aspects of American folk culture. In the 1950s, he recorded an album of American folksongs for Cook Records. Some of the songs in this recording remain widely known such as “Who Killed Cock Robin?” and “John Henry.” Others (“The Farmer’s Curst Wife” and “The 24th of February”) are largely unknown in the 21st century. Liner notes provide the lyrics and known origin of each of the songs.