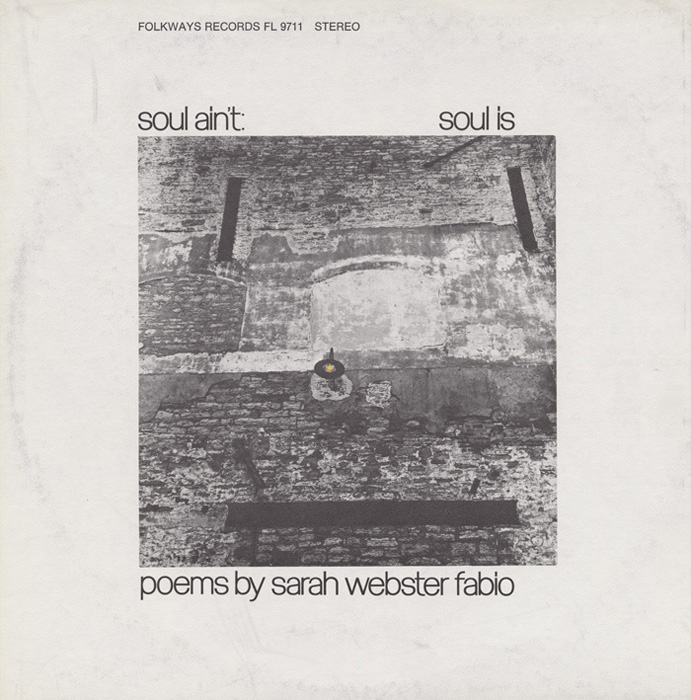 Each poem in this collection by Sarah Webster Fabio was carefully selected from a ten-year period in her life which she describes as her "mature years." During this time, Fabio was focused on the "spiritualism communicated by the poems in which she sees and tells it ‘like it is.’" Fabio’s poetry is heavily influenced by rhythm and ranges topically from fiercely political to purely emotional.