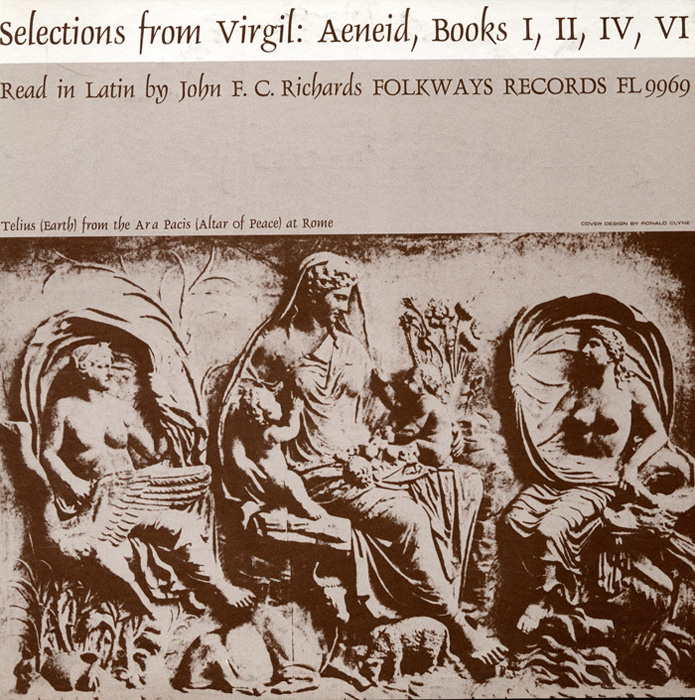 View Cart Custom CD $16.98
View Cart Digital Download $9.99
The Aeneid, written by the Roman poet Virgil, is the tale of Aeneas, a Trojan wanderer. Originally a character in Homer’s tale The Iliad, and known in Greco-Roman mythology, “The Aeneid” is a story of two parts; the first about his journey to Latium in ancient Italy and the second about the war between the Trojans and the Latins. In this recording, Professor John F.C. Richards reads (in Latin) selections from Books I, II, IV, and VI, telling the story of the Trojan War and Aeneas’ journey from Troy to Sicily and Italy. The liner notes contain the original Latin text and English translation.