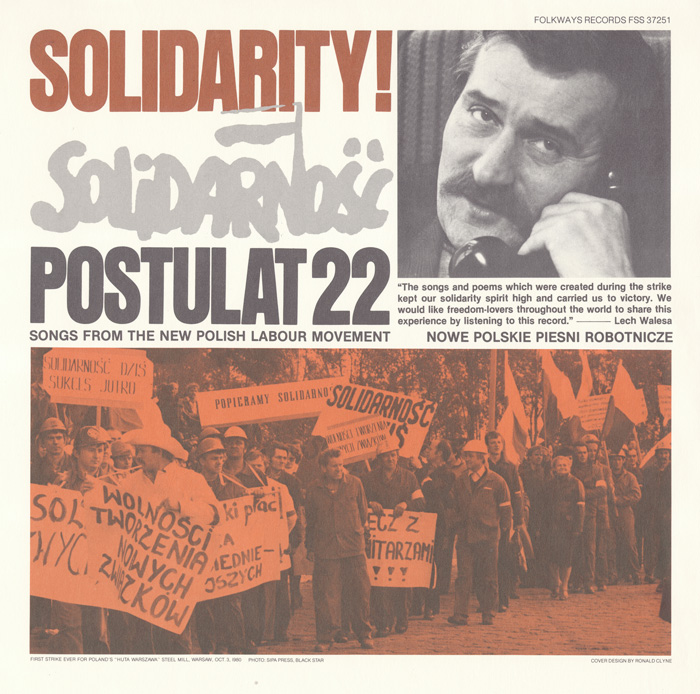 In 1980, Lech Walesa began the trade union movement Solidarity, which played a major role in the demise of the communist system in Poland and elsewhere in Eastern Europe. Solidarity! – Postulat 22: Songs from the New Polish Labour Movement is a collection of songs, poems, letters, and a speech that took place during a Solidarity–led strike. The powerful texts tell of food shortages (“Colorful Market”), criticize the disparity between classes (“Brand New Suit”), and call for social change and freedom. Liner notes include historical background for each song and lyrics in Polish and English.