Songs and Dances of Nepal 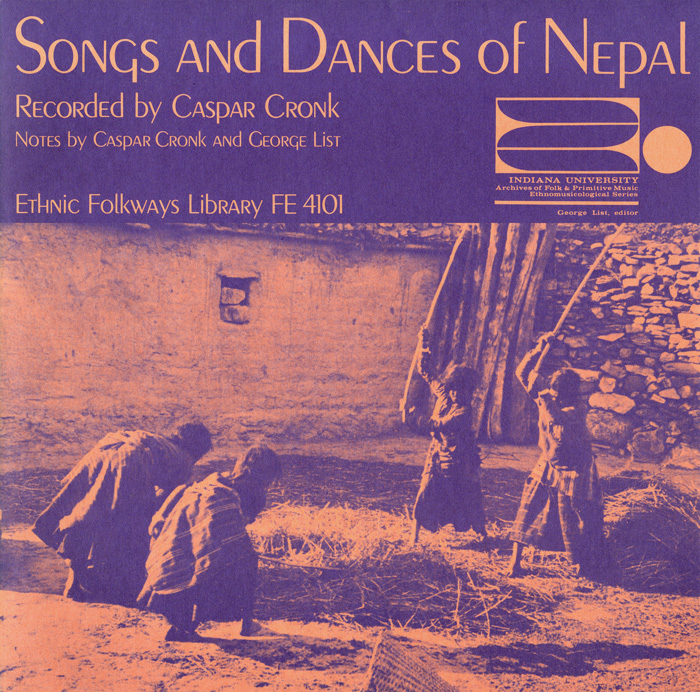 Recorded in 1958 on an expedition through west-central Nepal, Songs and Dances of Nepal features music from the Botea, Sherpa, Takali, and Newari tribal groups and escaped refugees from China. Nepal, which is bordered by China to the north and India to the south, east, and west, has a musical heritage inspired by both Buddhist and Hindu traditions. Compositions such as prayers, love songs, and folk tales are performed using instruments such as the tabla and sarangi from India and the damaru (drum) and taboo (bell) from Tibet. Liner notes include an introduction to Nepal and detailed track notes with translated lyrics.