Broadside Ballads, Vol. 4: The Time Will Come and Other Songs from Broadside Magazine 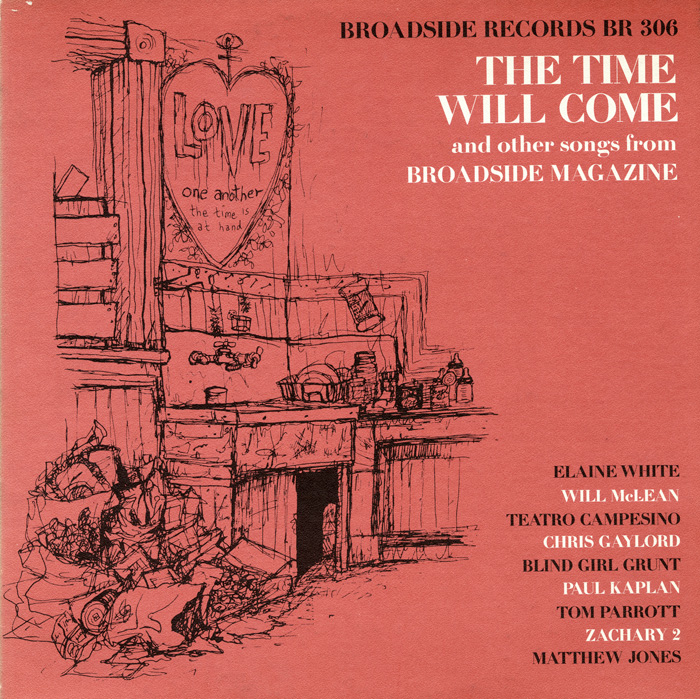 View Cart Custom CD $16.98
View Cart Digital Download $9.99
This 10-track album by Broadside, a magazine devoted to publishing contemporary folk songs during the 1960s, features songs by unknown or emerging folk singer-songwriters. The best known of the performers is Janis Ian (billed as "Blind Girl Grunt") singing her composition "Shady Acres," about sending the elderly to the retirement home. The themes in this fourth Broadside release in general are becoming a little more hard edged, as America is beginning to wrestle with political and social issues ranging from civil rights to immigration and the war in Vietnam. Liner notes with song lyrics accompany the recording.